You are here: Home / Access to Healthcare / Karnataka faring poorly on Ayushman Bharat? 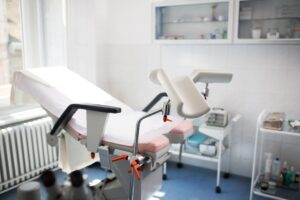 The Centre has claimed success with its flagship healthcare scheme, Ayushman Bharat. However, in Karnataka, implementation faces numerous challenges related to human resources and infrastructure.

Karnataka administers Ayushman Bharat under the scheme Ayushman Bharat-Arogya Karnataka (ABArK). Recently, it has been reported that community health centres (CHCs) are underperforming in relation to the scheme with understaffing being pinpointed as the cause. In fact, eighteen of the 203 CHCs have performed no procedures covered under ABArK due to a lack of specialist physicians. According to Pankaj Kumar Pandey, commissioner of the state health and family welfare department, more than 750 of 2,500 specialist positions lie vacant.

“There are not enough specialists working in CHCs. In fact, it has been very difficult to get specialists to work in government hospitals,” concurs Hassan district health officer Dr Satish Kumar. “In the Arehalli CHC, there is a gynaecologist, but no anaesthetist.” The Hassan district is among those in the state where procedures covered by ABArK have not been conducted. Nationally, the majority of qualified medical practitioners are employed in the private sector.

Shortages of specialist doctors is not an issue limited to Karnataka. Rather, it is a national problem. Nationwide, the country has just one doctor for every 11,082 people and, for specialist disciplines, there is an 82 percent shortfall within CHCs and primary health centres. This is in addition to an almost forty percent deficiency of laboratory technicians and a twelve to sixteen percent shortfall of nurses and pharmacists.

The shortage of physicians in the country translates to subpar healthcare, responsible for more than one million deaths each year. Plugging the gap in significant numbers are unqualified practitioners, believed to make up 25 percent of the healthcare workforce in India. Between a million and 2.5 million quack doctors operate in India, often responding to the needs of populations where medical attention from qualified medicos is all but unattainable.

Ayushman Bharat was intended to plug the accessibility gap plaguing Indian healthcare. Whilst the scheme has reportedly enabled beneficiaries to avail fifty lakh treatments at the rate of nine hospital admissions every minute, issues which observers have repeatedly flagged remain a challenge.

As previously noted by Dr Jai Prakash Narain, a former advisor to the Union Ministry of Health and Family Welfare, “without addressing the human resource situation, public sector healthcare will remain of poor quality and largely unacceptable, forcing patients to go to the private sector.” Fears have been expressed that the insurance-based model of Ayushman Bharat insufficiently addresses the issue of chronic understaffing and lack of infrastructure dogging India’s healthcare system. Whilst the Centre has pledged to construct 1.5 lakh health and wellness centres to dispense primary healthcare by 2022, staffing shortages remain a major issue as the problems hampering ABArK in Karnataka demonstrates. Similar concerns have been expressed by the Indian Medical Association.

Karnataka is far from the only state to have encountered issues rolling out Ayushman Bharat. Numerous states have been implicated for poor handling of the scheme, over issues ranging from failure to spend funds allocated to low awareness. The blockbuster ambitions of Ayushman Bharat are significant – but so are the challenges surrounding its implementation. Karnataka serves as a case in point, as no scheme can deliver universal health coverage as Prime Minister Narendra Modi envisions without a sufficient commitment to tackle the resource issues at the heart of what ails the public health sector in India.