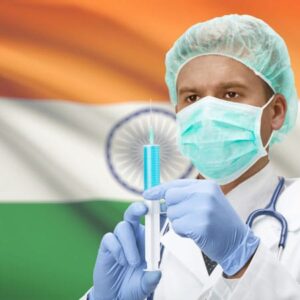 The Indian Medical Association (IMA) has spoken out on the Centre’s flagship health insurance scheme, Ayushman Bharat, raising some misgivings about the initiative and suggesting improvements.

Perhaps the main criticism was the insurance-based model, with IMA national president Dr Santanu Sen questioning “why should it be done through insurance companies by paying fifteen percent to them?” Instead, Dr Sen argued that funds should be directly allocated to the healthcare sector and, accordingly, an insurance-based scheme apply to private hospitals only.

Private hospitals presently account for 53 percent of hospitals empanelled under the scheme. “There is no additional benefit accruing to people by including government hospitals in [Ayushman Bharat] as services in public hospitals are free already,” argued Sen.

These complaints were echoed by other IMA members, with one doctor describing the existing model as an “unholy nexus” of insurance providers and the health sector. IMA Secretary-General Dr R. V. Asokan echoed Sen’s calls for a universal healthcare system funded by taxes.

“The government should strengthen public hospitals by way of infrastructure and human resources,” he said. “The Insurance Regulatory and Development Authority [of India] has no concept about the healthcare needs of the people and should be kept away from formulation of any policy or standards.”

Sen concurred. “There should be no insurance model,” he said. “Before fixing up the package rates, before making decisions on a number of disciplines, an organisation like IMA should be taken into confidence.”

Further criticisms were raised, particularly concerning the inclusivity of the scheme and the solicitation – or lack thereof – of inputs from the medical sector and state governments. “They are telling that they are serving fifty crore of Indians. What about the rest crore crores of Indians?” Sen asked. “How did they decide that only fifty crore people need this service and not the rest? Health is a state chapter. Were all the states brought into the loop? Were there suggestions duly honoured? No.

Doctors have issued similar concerns regarding Ayushman Bharat in the past, arguing that the scheme diverts too much money to the private sector and does not do enough to strengthen public health infrastructure and human resources in India. As former special secretary for health Meenakshi Ghosh told Health Issues India earlier this year, “the launch of the government’s health insurance scheme has diluted the primary healthcare sector and is seen to provide insurance without adequate support structure on the supply side.”

Union Health Minister Dr Harsh Vardhan offered a retort. “The IMA neither has a vision nor rationale or any sort of understanding of the scheme,” he said. “It needs to study the scheme afresh.”