You are here: Home / Government policy / Ayushman Bharat: Will it help to make India healthy? 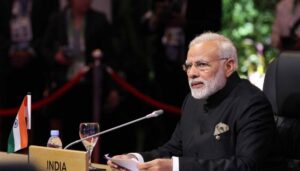 One of the most significant achievements of the Narendra Modi’s government has been the mega healthcare reform ushered in with the launch of flagship healthcare scheme, Pradhan Mantri Jan Aarogya Yojana – better known as Ayushman Bharat, or ‘Modicare’.

The scheme provides a Rs 5 lakh annual cover per family for secondary and tertiary healthcare, mainly for hospital care. It will be cashless and paperless at public and empanelled private hospitals.

“In the first six months, Ayushman Bharat successfully aided over 700,000 vulnerable Indians and…is being seen as a step in the right direction for a country like India, which has over 62.58 percent of the population paying for their healthcare needs out of pocket. This has resulted in 55 million Indians being pushed into poverty.”

Microsoft founder and philanthropist, Bill Gates also took to Twitter to congratulate the Prime Minister, “Congratulations to the Indian government on the first 100 days of @AyushmanNHA,” he wrote “It is great to see how many people have been reached by the program so far.”

Ayushman Bharat is being seen as a step in the right direction for a country like India. which has over 62.58 percent of the population paying for their healthcare needs out of pocket. This has resulted in 55 million Indians being pushed into poverty because of rising healthcare burden. Studies show that households with catastrophic health expenditure (more than 10% of their budget) rose from seventeen percent in 2004 to 25 percent in 2014.

“”[Ayushman Bharat], if implemented properly, could be a game changer by enhancing access to healthcare…[however], without addressing the human resource situation, public sector healthcare will remain of poor quality and largely unacceptable”‘

This is a significant rise in a short space of time, despite the use of state-level initiatives to expand access to healthcare and central schemes such as the Rashtriya Swasthya Bima Yojana (RSBY). Similarly to Ayushman Bharat, RSBY aimed to provide health insurance cover to families living below the poverty line. The scheme has often been criticised for its ineffectiveness, however, and Ayushman Bharat has since subsumed it, with an expanded reach and higher amount of health insurance coverage offered to beneficiaries.

Dr Jai Prakash Narain, former Director of Communicable Diseases at the WHO and former Advisor for Ministry of Health and Family Welfare, wrote in The Indian Express, “The scheme, if implemented properly could be a game changer by enhancing access to healthcare including early detection and treatment services by a large section of society who otherwise could not afford them.”

However, Dr Narain went on to write that  “without addressing the human resource situation, public sector health care will remain of poor quality and largely unacceptable, forcing patients to go to the private sector. Therefore, it seems as if NHPS is likely to benefit private parties more than government health services.”

Another concern is that 1350 medical packages listed in the scheme only cover surgery, medical and daycare treatments including medicines, diagnostics and transport, whereas there is no cover for preventive and primary healthcare.

Dr Sanjiv Kumar, director of the Institute of Health Management Research and former executive director for the National Health System Resource Centre, told Health Issues India, “There is need for comprehensive efforts from any government which looks at the continuum of health. Out-patient care is missing from Ayushman Bharat package and as disease burden is shifting towards non communicable diseases, it requires attention. While it is proposed that Health and Wellness Centres will take care of this aspect, but the number of these centres is limited.”

The Indian Express reported few implementation hurdles from Mewat village in Haryana, where many of those living below-poverty-line were denied any benefits as they owned a refrigerator or a two-wheeler. In some cases village sarpanches were in the list and poor labourers left out.

In an interview with Health Issues India, Amir Ullah Khan – policy advisor of the Bill & Melinda Gates Foundation and consultant with Aequitas Consulting said, “For Ayushman Bharat to be effective, at least Rs 1 lakh crores is required to achieve the results it promises. In its absence, the private sector even if empowered would continue to face problems of delay in payments as opposed to services provided. Hence, eventually, they would drop up.”

The funding model for the scheme has often attracted scrutiny ever since Ayushman Bharat was announced in last year’s Union Budget. Despite further increase in budget allocations fears have abated little since. A closed-door meeting between government officials and economists last month saw concerns expressed that the amount earmarked for beneficiaries’ insurance cover – Rs five lakh – could be insufficient to properly cover healthcare costs. As a result, they fear, the full cost of the scheme could swell to significant proportions.

Undoubtedly Ayushman Bharat is an innovative healthcare reform to make healthcare more accessible to India’s vulnerable population. During its implementation, however, the government needs to ensure that healthcare quality is not compromised and the beneficiaries are the poor, the scheme is intended to help – not private companies.