You are here: Home / Featured / AI use in healthcare urged by Niti Aayog 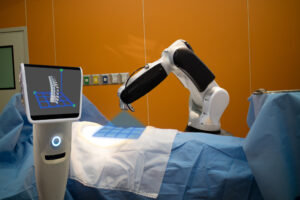 The use of artificial intelligence (AI) has been encouraged in the healthcare sector by government think tank Niti Aayog. Agriculture, education, infrastructure (including smart cities) and smart mobility and transportation were the other sectors where state governments and Union ministries were urged to investigate potential applications of AI. Niti Aayog has previously expressed that by taking advantage of AI, India could grow its gross domestic product by 1.3 percentage points annually to US$957 billion by 2035.

“I write to request you to identify key projects where AI can be developed to solve problems affecting the health sector that you wish to drive forward,” Niti Aayog chief executive officer Amitabh Kant wrote to the stakeholders concerned. “Niti Aayog has a team that works on the AI programme and I would like to extend all help in providing necessary support, connecting to the concerned stakeholders and any other matter that may be required.”

AI is increasingly being discussed as the potential future of healthcare. Earlier this year, it was reported that, globally, AI-based healthcare could be worth as much as US$13 billion by 2025. Applications of AI in the health sector have been manifold, such as a wearable glove with the ability to detect seizures in those with epilepsy to therapeutic devices to help manage conditions like diabetes. Applications have even been developed wherein AI-powered robots can act as virtual assistants for doctors or display diagnostic abilities with similar degrees of accuracy as medical professionals.

The Union Health Ministry has expressed eagerness to incorporate AI into Indian healthcare. “The potential of AI in public health is being explored in our country,” Union Health Minister Dr Harsh Vardhan told lawmakers earlier this year. “The Ministry of Health and Family Welfare is working towards using AI in a safe and effective way in public health in India.” The Health Ministry under Vardhan has been pushing for the digitisation of healthcare, with the Minister unveiling a digital health blueprint in order to transition to a digital health economy and realise universal health coverage earlier this year.

“The need of the hour is to create an ecosystem which can integrate the existing disparate health information systems and show clear path for upcoming programmes,” Vardhan said. “There is a need to ensure convergence across these IT [information technology] systems to monitor and provide health services in a robust and efficient manner.”