You are here: Home / Featured / Diabetes screening and awareness campaign by the IMA 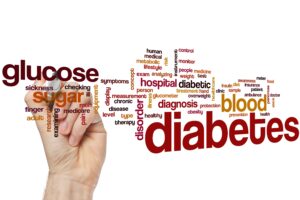 Diabetes affects 8.8 percent of India’s adult population with 72,946,400 cases recorded in 2017, according to the International Diabetes Federation. One of the country’s fastest-growing diseases, diabetes cases could number 134 million by 2025.

A number of factors contribute to the growing burden of diabetes in India. Obesity rates are rising. Many Indians consume unhealthy diets rich in sugar, salt, and fat. Fewer Indians participate in physical activity and more and more lead sedentary lifestyles. There is also a genetic predisposition to diabetes in some within the Indian subcontinent. As such, diabetes screening and awareness programmes are of vital importance given the country’s escalating burden of the disease and the population’s high risk.

The IMA in particular is addressing lifestyle factors such as nutrition through its screening and awareness programme. “The IMA is already working to promote healthy food habits in the country,” said the IMA’s Finance Secretary Dr Ramesh Datta. “All the doctors will be educated about scientific methods of food to control diabetes and other lifestyle diseases. People will also be made aware of the need and method for adopting healthy food.”

Awareness among children is crucial, given that ten percent of Indian youth between ten and nineteen years are prediabetic and the country is home to 97,000 type-1 diabetic children and a rising number of children with type-2 diabetes. Awareness in the population as a whole is key, especially concerning the importance of managing one’s blood sugar – practised by just 60.5 percent of Indian diabetics.

“The IMA is committed [to] spreading awareness about diabetes and its complications,” said national president Dr Rajan Sharma. “India, being [the] second-most populated country, has higher incidence rates of diabetes and associated co-morbidities.” He pointed to conditions such as diabetic retinopathy, kidney disease, cardiovascular diseases, and diabetic foot syndrome which can lead to the extremity affected being amputated.

“Four out of five persons are not even aware that they are diabetic and genetically, Indians are four times more likely to develop diabetes. Unfortunately, over ten lakh Indians lose their lives every year due to complications related to diabetes and its associated diseases.”