You are here: Home / Featured Stories / India’s abortion law: Timeframe will not be extended, Government says 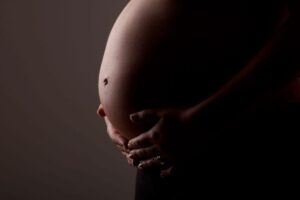 Changing India’s abortion law to extend the timeframe within which a woman can have an abortion is not a step the Centre is willing to take, the Supreme Court has been informed.

A blanket extension for the twenty-week window in which an abortion may be performed cannot be justified because of the right to life of the unborn foetus, a government response to a petition filed before the apex court has asserted. Reform to India’s abortion law – the Medical Termination of Pregnancy (MTP) Act – has been called for by activist who argue that it restricts reproductive freedom.

“Petitioners on their right to reproductive autonomy does not outweigh the interest of the state in protecting the life of [the] foetus in the womb, especially from the point of viability (i.e from the period of 20 weeks onwards),” read the government affidavit. “It is a settled law that personal freedom of choice of an individual cannot curtail the freedom or choice of other individuals, [especially] the most vulnerable and persons who are defenseless.”

The Centre had earlier informed the Delhi High Court that it was consulting with government ministries on the subject of the MTP Act. This was in response to a public interest litigation (PIL) filed by social activist Amit Sahni, seeking the point in the gestation period where an abortion is permissible be changed from twenty weeks to 24 to 26 weeks. The subsequent plea before the Supreme Court saw the limit to be fixed at 26 weeks, filed by Dr Nikhil Datar who called for “liberalisation of the existing provisions” and queried the relevance and constitutionality of the MTP Act.

Abortions in India can be carried out after the twenty-week mark, but only with the assent of both a district-level medical board and a court. Activists have argued that this impinges on the reproductive rights of those without the financial means to pursue such authorisation, as well as causing unnecessary emotional trauma. Others, however, have argued that foetal viability must be considered and that the right to life of the foetus ought not to be impinged.

It has been suggested that current restrictions – as well as lack of awareness surrounding the legal status of abortion in India – force women to seek illicit, ‘backdoor’ abortions – posing substantial risk to their health. Research suggests 56 percent of abortions performed in India are unsafe, with thirteen women dying each day as a consequence. This is compounded by the relative lack of accessibility for abortions in India, according to research conducted by the Guttmacher Institute.

“States should also acknowledge that women’s decisions about their own bodies are personal and private,” argued advocate Sneha Mukherjee, appearing before the Supreme Court on behalf of Dr Datar. “It is imperative to place the autonomy of the woman at the centre of policy and law-making related to sexual and reproductive health services, including abortion care.”

A revised MTP Act is currently being vetted by the Union Ministry of Law and Justice, the Centre has said. The matter is due to be heard before the Supreme Court again on September 24th.