You are here: Home / Access to Healthcare / Only 22 percent of India’s abortions take place in health facilities 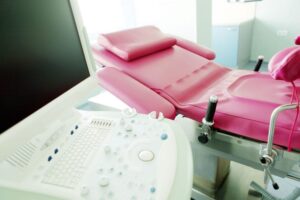 Official figures on abortions in India underestimate the number of terminations by a factor of 20 according to a new study published in The Lancet.  Almost eight in ten abortions happen because a woman takes a combination of medicines to end her pregnancy.

The Ministry of Health and Family Welfare reported 701,415 abortions in 2015, when the actual figure is approximately 15.6 million. This is according to research by the Guttmacher Institute, the Population Council and the International Institute for Population Science.

The reason for this is likely the study’s additional finding that an estimated 12.3 million abortions did not take place in a healthcare facility. This amounts to around 78 percent of abortions that year.

“Our study’s findings suggest that the reality for many women in India is that they experience significant barriers to accessing abortion care in a health facility,” Dr Susheela Singh – one of the study’s lead authors and vice president for international research at the Guttmacher Institute – told Health Issues India. “This is likely why they turn to medical methods of abortion purchased from chemists and informal vendors,” she adds.

This does not necessarily mean that large numbers of abortion are taking place through non-medical methods. It was found that 11.5 million, or 73 percent of abortions were medication based abortions performed outside of healthcare facilities. The commonly used medicinal combination of mifepristone plus misoprostol is widely available in India, both on prescription and by being purchased over the counter.

Many reported buying the medication in pharmacies and from vendors. Most individuals bought combi-packs with pre-established concentrations of the two medicines. However, many bought mifepristone and misoprostol separately, establishing the concentration themselves.

Need for a better infrastructure

Medication abortions are very safe in general. The increasing use of medicines appears to have led to a rapid fall in the number of women harmed by backstreet abortions. However, the purchase of abortion medications over the counter can be risky in some cases, particularly if patients use them in the later stages of pregnancy without medical supervision. This can lead to complications such as infection, incomplete abortion and infertility.

Use of non-medical methods can be very dangerous and lead to loss of life. The use of such methods may indicate either a lack of access to safe abortion methods, a lack of awareness surrounding contraceptive and reproductive health, or a lack of affordability of procedures performed as an inpatient or outpatient service.

India needs a better infrastructure, the authors of the study suggest. This would increase the safety of the abortions provided as trained professionals would be present more often. It would also allow follow-up appointments with a doctor and allow for a more accurate figure for the number of abortions provided.

Without follow up appointments with a doctor, it is likely many women undertaking abortions outside of a healthcare facility will not be using contraceptive measures to ensure that they do not fall pregnant again.

The study reveals public sector hospitals provide few abortion services compared to the private sector. This may imply that many women do not seek out abortions within a healthcare environment due to lack of access to cheaper public facilities, and the unaffordability of private facilities.