You are here: Home / Noncommunicable diseases / A type 1 diabetes epidemic among India’s children? 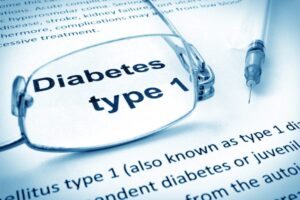 Around 97,000 children in India suffer from type 1 diabetes. In Delhi alone around 32 children per every 1,000 are affected by the disease.

Indians suffer a genetic predisposition to diabetes which partially accounts for the elevated numbers of diabetics in India compared to other nations. A number of genes have been uncovered which could play a role in both type 1 and type 2 diabetes, as these genes are often involved with insulin regulation.

Type 1 diabetes is thought to be more closely linked to a person’s genetics than type 2 diabetes. This is because type 1 diabetes is an autoimmune condition in which the sufferers own immune system attacks pancreatic cells responsible for insulin production. This eventually leads to the person being entirely unable to produce insulin.

Inability to produce insulin leaves the sufferer entirely dependent on blood tests and insulin injections. Failing this elevated blood sugar levels can cause damage to small blood vessels and nerves. This can cause vision loss or necessitate limb amputation. Kidney failure is another complication associated with type 1 diabetes.

Type 2 diabetes differs from type 1 due to the body retaining its ability to produce insulin. Complications arise when the body is either producing less insulin, or insulin receptors have become less sensitive. These can be caused by genetic factors but are also related to lifestyle factors such as a low nutrient and high sugar diet, as well as a lack of physical activity.

“Current figures for diabetes in India may be grossly underestimated”

Concerningly, the study found that around half of study participants were unaware of having diabetes until being tested in the study. The implication is that current figures for diabetes in India may be grossly underestimated. This could be by a more significant margin within rural locations where a lack of healthcare infrastructure could lead to less people being diagnosed.

Type 1 diabetes has been shown in studies to be increasing in prevalence by three to five percent per year. Treatment for type 1 diabetes can be simple so long as the condition is properly managed. With proper diet, exercise and a consistent administration of insulin injections, sufferers can live normal lives.