You are here: Home / Featured / Diabetes now the disease of the poor

Diabetes is no longer just a disease of the rich. This is according to a recent study in The Lancet, which says that diabetics are becoming increasingly more prevalent among the urban poor. 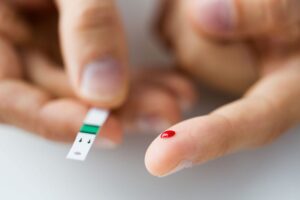 Using data sourced from the Indian Council of Medical Research (ICMR) and the Department of Health Research of the Union Health Ministry, the study analysed representative population samples across 14 states and one union territory, covering 57,117 Indians. The study was conducted across these populations from September 2012 to July 2015.

The authors  note an epidemiological shift specific to certain areas. Rates of diabetes have significantly increased amongst those of low socioeconomic status (SES), specifically in urbanised areas of economically developed states.

People in urban areas are more than twice as likely to develop diabetes as people in rural ones:  11.2 percent compared to 5.2 percent.. Richer states showed a much higher rate of the disease than poorer ones. The economically developed union territory Chandigarh for example showed an above average rate of diabetics of 13.6 percent, compared to poorer Bihar, at 4.3 percent overall.

A concerning finding from the study was that around half of the participants were unaware of their diabetic status until they were tested as part of the study. This is an indication that current estimates for diabetes prevalence in India are hugely inadequate. Many in rural, or poorer areas, with a lower degree of access to healthcare, may have diabetes but not have been diagnosed. This is dangerous as diabetes can lead to a host of serious health conditions in later life if left untreated. This, in turn, will also prove a great burden on India’s public health system.

A shift in diabetic demographics to those in poverty is a concerning find as this population is especially vulnerable. In the coming years, deaths associated with diabetes may rise significantly, as many of those in poverty affected by the condition will not be able to afford the same kind of healthcare as  their richer counterparts with the disease

The concern is particularly pressing as it mirrors the rise of diabetes that occurred in many western nations. Assuming the same occurs in India — in which urbanisation and gradual increases to disposable income see diabetes become more prevalent — India is likely to see further increases as the economy grows. The most vulnerable in society seem to be  at a high risk.

Whereas in western nations diabetes usually appears in middle age.

In India, the study notes, the average age of onset occurs between 25 and 34, nearly two decades before the same occurs in western nations. This would suggest other factors are contributing to the rise in diabetes in India.

Indians suffer a genetic predisposition to diabetes and onset is typically earlier in life. The rising rates cannot be explained by this alone, however. An uptick in sedentary lifestyles and poor dietary choices, among poor and rich alike, mean India is witnessing a surge in its obese population. This puts many at increased risk of diabetes. Such lifestyle alterations are more pronounced in cities – hence explaining the divide between urban and rural areas.

The increasing rate of diabetes may be something India has to face for years to come. Dr RM Anjana, vice-president of the Madras Diabetes Research Foundation and the lead author of the study points out “This trend is a matter of great concern because it suggests that the diabetes epidemic is spreading to individuals who can least afford to pay for its management”.

As the first large scale study of this kind a groundwork has been laid to address the situation, more research however is needed to establish why there is such an early onset rate in India, as well as potential policies that could be introduced to curb the trend.