You are here: Home / Featured / 2016: the year’s health news in retrospect 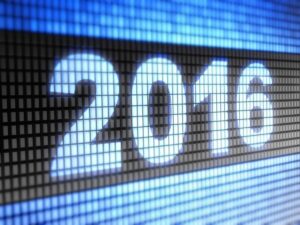 2016 in India saw earthquakes, terror attacks, fires, floods, elections, and civil unrest. Amidst the year’s headlines, there were a number of important health developments too. Were they, overall, positive or negative?

India Live Today took a broadly positive slant, emphasising 2016 as “the year India became free of yaws and neonatal tetanus” – alluding to the country having been certified free of the diseases by the World Health Organisation (WHO) in September, which Health Minister JP Nadda called a “proud moment…to have achieved these two momentous public health milestones.”

India also made progress in combating tobacco use, according to India Live Today. The country was elevated to the third rank in an index of 205 countries after implementing 85% pictorial warnings on the packaging of tobacco products. This was despite the efforts of India’s sizeable tobacco lobby which  protested a WHO anti-smoking summit in New Delhi in November.   It further highlighted a number of government initiatives, from rollout of the rotavirus vaccine to the Pradhan Mantri Surakshit Matritva Abhiyan (PMSMA), which aims to provide free antenatal care to pregnant women.

The Hindustan Times was more muted, taking the opportunity of the year’s end to caution its readers about the uptick in lifestyle diseases with the baleful proclamation “we definitely aren’t living the way we should be.” It commented on rising rates of cancer, hypertension, obesity and heart disease, calling the statistics “panic-inducing.” Nevertheless, the newspaper was positive on the subject of mental health, calling 2016 “the year of mental health awareness.” It partly accrediting the “little ray of hope in the many discussions around mental disorders” to celebrities opening up about their own experiences with mental illnesses. Personalities such as actress Deepika Padukone, rapper Yo Yo Honey Singh and filmmaker Karan Johar were among those who spoke candidly and publicly about their experiences with conditions such as anxiety, depression, bipolar disorder, and alcoholism.

2016 saw the passage of a “historic and progressive” mental healthcare bill in the Rajya Sabha, affording more protections to those with mental illnesses. Furthermore, a disability rights law – game-changing in its own right – was passed in the Indian parliament on the last day of the winter session which added those suffering mental and neurodevelopmental disorders to the spectrum of disabled persons, affording them further benefits, rights and protections still.

Both laws are undoubtedly steps in the right direction. However, the fact remains that expenditure on mental health by the Central Government is inadequate – amounting to just 0.06% of the country’s health budget. India’s national health budget, in turn, amounts to a mere  1.4% of India’s gross domestic product (GDP) according to the World Bank. (It is, though, important to remember that health remains an issue that is mostly the responsibility of the states)

Such statistics formed the basis of many media outlets’ more critical perspectives on the year in terms of health. India placed dismally on a global health index – 143rd out of 188 countries. The Wire said that, “public allocation on health hovered around 1%”, even after incremental increases in funding from the Modi government.” It  concluded that “only a strong publicly funded system can address the challenges that India faces.” Given the numbers, it is clear that India is a long way off from this.

Catch News was similarly critical, calling government investment into healthcare “paltry.” It also took the Modi government to task over demonetisation, which it called “the single most prominent reason…why 2016 has not been a good year for healthcare in India”, pointing to numerous instances of patients being denied care – and, in some cases, dying – because hospitals would not accept demonetised notes.
The year has been an eventful one, certainly. In many respects it has been a progressive one. Yet one can be forgiven for thinking that, for every step India takes forward, it takes three steps backwards. What is certain is that, so long as India’s healthcare system is as underfunded, understaffed and neglected as it currently is, many Indians will continue to be deprived of vital services.