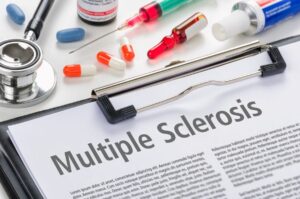 The Indian Parliament closed its winter session with the passage of a bill to protect the rights of disabled people in India.

The Rights of Persons with Disabilities Bill was first tabled in 2014, but has been much longer in the making – five years, according to the Hindustan Times. Replacing the 1995 Persons with Disabilities (Equal Opportunities, Protection of Rights and Full Participation) Act, it was passed in both houses of the Indian parliament in the final week of the winter session – by a voice vote in the Rajya Sabha on December 14 and in the Lok Sabha on December 16.

The bill went through an intensive vetting process, including being viewed by the Parliamentary Standing Committee which made 82 recommendations, of which 59 were accepted by the government.

The bill includes an anti-discrimination clause which prescribes a maximal two-year prison term and Rs 5 lakh fine for those seen to be discriminating against disabled people.

An important part of the bill is that it increases the number of conditions recognised as disabilities from 7 to 21, and empowers the central government to add more. The definition of disabled persons now includes those suffering from mental illnesses; neurological disorders, such as cerebral palsy; neurodevelopmental disorders, such as autism and learning disabilities; and the effects of neurodegenerative conditions such as multiple sclerosis, Parkinson’s disease, and muscular dystrophy.

As a result, the number of disabled people in India is expected to rise to between 70 and 100 million. There were 26.8 million people living with disabilities under the now outdated definition. The additional 40 – 70 million or so people with disabilities now have the opportunity to enjoy a markedly improved quality of life, as they have access to protections previously denied them.

The bill managed to overcome party lines in the Indian parliament, which have become sharply divided in recent months over the Modi Government’s controversial policy of demonetisation. This is a remarkable achievement.

There was “rare unanimity on display,” NDTV noted  The New Indian Express reported on the “bonhomie” displayed by the politicians. The Hindustan Times – among the bill’s most effusive cheerleaders – observed that parliamentarians showed “uncharacteristic camaraderie” in passing the bill. It previously welcomed the bill as “a game changer”, stating that it will

“usher the Indian disability movement into a new age, where disability itself will be defined based on an evolving and dynamic concept.”

The article went on to state the law will be of huge benefit to those considered hitherto to be “have-nots” within the disabled community itself, commenting that

“Historically, the three big disability groups – orthopaedically disabled, blind, and deaf – have benefited from various entitlements. Other disability groups…by and large got nothing. This law will dramatically change that. There is a lot in the new law for the have-nots.”