You are here: Home / Featured / Dropping out of free cancer treatment

Cancer treatment is free in many of India’s government-run healthcare facilities. This seems ideal for those from impoverished backgrounds who would otherwise be unable to avail the treatments. Why then, do the poor who would benefit from the free treatment often drop out? 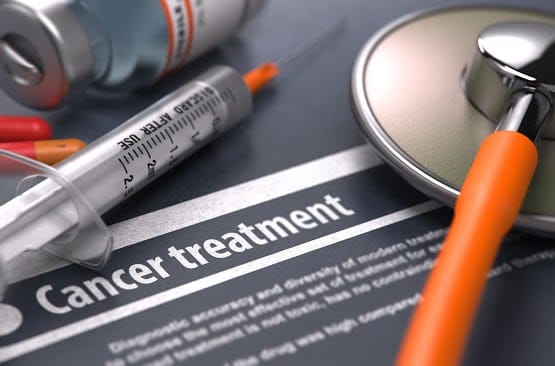 For many, this comes down to the inequalities between rural and urban areas. Of the regions that accommodate for the provision of free cancer treatment, availability is often exclusively within a handful of India’s largest cities. For those in rural regions, this means either travelling to the cities, or face out-of-pocket costs in private clinics.

An IndiaSpend analysis recalls the story of 22-year-old Surabhi Arandhara’s two-year-old son Arshik Jyoti, who was diagnosed with lymphoma in September

“Living in a remote village in Assam’s Jorhat district seven hours away, Arandhara and her in-laws barely have any money for the child’s treatment. With the help of a woman she fondly refers to as ‘bou’ [sister-in-law in Assamese], Arandhara was able to get in touch with a regional news channel in Guwahati. The news channel arranged for Arandhara and Arshik’s 330-km journey by road from their village to Guwahati. Arshik is now undergoing treatment at the Gauhati Medical College and Hospital. “The doctor has not assured anything yet — whether he will recover or not,” she said.”

Such lengthy journeys are not uncommon, with many having to travel from remote rural regions to India’s cities to avail treatment. The journey is often arduous, especially considering the ill health that those affected many face.

According to the IndiaSpend report, the seven northeastern states of Assam, Meghalaya, Tripura, Arunachal Pradesh, Mizoram, Manipur and Nagaland report a higher cancer burden than the Indian average. However, these are the regions with the fewest facilities for dealing with cancer cases. The average across the whole of India is eighty to 110 cancer cases per 100,000 people according to data covering the 2012-14 period. In its northeastern states, this number varied between 150-200 cases per 100,000, according to the Indian Council of Medical Research (ICMR).

As many individuals flock to far-off cities to obtain treatment, they are faced with a compromising situation. Often they will require extended periods of time from work, and often have to pay for accommodation in the city for the prolonged period of treatment they require. In addition, due to the fact that those on chemotherapy are immunocompromised, living in densely-packed accommodation in order to reduce spending could prove lethal. For many, the financial burden takes its toll, leaving them with no option but to withdraw from treatment and return home.

A major issue with the need to travel for diagnosis and treatment is that the patients will often only be diagnosed, or seek treatment at the late stages of the disease — a time at which survival rates have significantly diminished. “Patients tend to report at a doctor’s at later stages when the symptoms are severe and the disease has progressed,” said Subrata Chandra, programme manager at the Assam Cancer Care Foundation (ACCF), quoted by IndiaSpend. “When cancer is detected at an advanced stage, treatment may not be possible, which is why the survival rate is poor here [in the northeastern region].”

Some northern states have attempted to counteract this issue. The Arunachal Pradesh government decided this March to start screening people for common cancers — of the stomach, liver, breast and cervix. Such a policy is vital, though treatment capacity must be built within the northeastern states to accommodate treatment if the policy is to translate into lives saved. Health Issues India has reported previously on the need to upgrade India’s cancer infrastructure and plug the shortage of medical professionals working in oncology. This is especially true of areas where the need is greatest, but accessibility is weakest.

Cancer is projected to continue to become an ever greater burden in India. By 2040, cancer rates are expected to almost double to twenty lakh compared to 11.6 lakh cases in 2016. The disease is estimated to have killed 784,821 Indians in 2018, with new cases numbering at 1.15 million and the total number of people living with cancer in the country posited at 2.25 million.

With cancer already taking a heavy toll in the northeastern states, political and infrastructural intervention must be made to allocate resources where needed — this must also include facilities to accommodate those with the inability to provide shelter for themselves during treatment. To not do so will see more individuals giving up on treatment, effectively assigning them a death sentence.