You are here: Home / Interviews / Dementia in India: An interview with Dr Amit Dias

Dr Amit Dias, one of the authors of the recent Lancet study entitled “40% of dementia cases could be prevented or delayed by targeting 12 risk factors throughout life” has provided Health Issues India with a greater insight into the situation in India regarding dementia and neurodegenerative conditions. We spoke to Dr Dias to elaborate on the findings of the report and offer his expert insight into the implications of the policy and behavioural suggestions found within the study. Dr Amit Dias is an epidemiologist who has specialised in geriatric medicine and infectious disease. He is currently a lecturer at the department of Preventive and Social Medicine at Goa Medical College (GMC) where he has been teaching medical students for the last twenty years.

Dr Dias was also the co-author of the Dementia India report (coordinated by the Alzheimer’s and Related Disorders Society of India (ARDSI) and National Institute of Mental Health and Neurosciences (NIMHANS)) that made policy prescriptions for the government of India based on the research evidence from the country.

The Lancet study is the result of brainstorming with 28 world- leading dementia experts to come up with an up to date analysis of the best evidence of prevention of dementia. Health Issues India has written about the findings of the study, that provide a clear message that could significantly reduce the risks of dementia across the globe.

We are talking about large numbers…. It is estimated that worldwide fifty million people live with dementia, and the number is projected to increase to 152 million by 2050, rising particularly in the low- and middle- income countries where around two thirds of people with dementia live. Dementia affects individuals, their families and the economy, with global costs estimated to about US$1 trillion. The first step in this direction is to recognise that it is a problem and understand that it’s a public health priority.

With the demographic transition, the numbers of people with dementia are rising very rapidly in the low and middle income countries such as India.

Organisations such as ARDSI, which is officially associated with Alzheimer’s Disease International, UK, have been making tremendous efforts to be the voice of people with dementia and their caregivers and work together with the government to develop services for people with dementia.

In recent years, we do see a lot of changes taking place in our national strategy for older people. We have a national policy for aging and a special programme for the healthcare of the elderly which prioritises services for people with dementia and their caregivers.

Health in India is a state subject and the priority given to health and dementia in particular varies. Kerala for example has the Kerala State Initiative for Dementia. The state of Goa has also made a commitment to help the cause of people with dementia. India has a good health network and primary health care. The way to reach out to all is to enhance the capacity of primary health care to deal with people with dementia in the community.

My research on using lay healthcare workers (in non-specialist healthcare) has proven to be a successful and cost-effective model for providing healthcare to the community and can be replicated through the country to reach those in need. Old age homes in India, for example, do not admit people with dementia and very few long-term care facilities in the country admit people with Alzheimer’s disease or other dementia.

This has already started happening. We see a number of caregivers who have given up their job or sometimes the prospects of getting married and make a lot of sacrifices to look after their loved one with dementia. On the other extreme, we see a large number of people with dementia who are neglected and even abused as the family cannot cope with the condition. 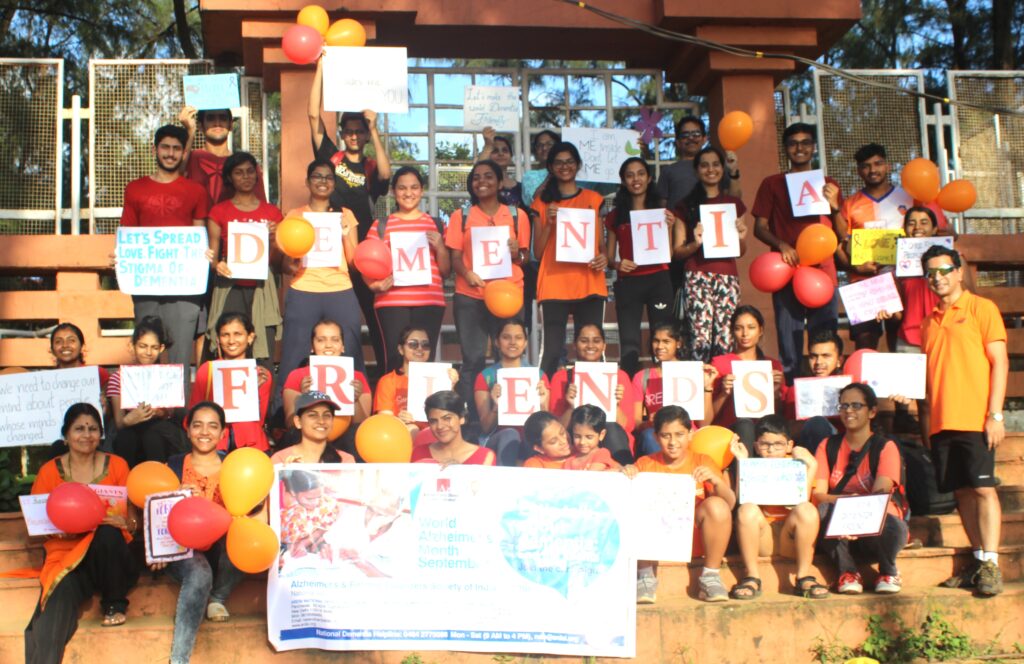 In the low- and middle- income countries, such as India, we have a significantly higher proportion of people living with the risk factors and therefore the potential and impact of prevention strategies will be much higher.

We are unfortunately labeled as the diabetes capital of the world. I was recently associated with the INDIAB study on diabetes and we seem to have a higher prevalence of diabetes than we initially thought. With urbanisation and changing lifestyles, we are getting more and more predisposed to the risk of developing dementia. The good news is that if we promote healthy lifestyle and risk reduction in the country, we will see a significant impact in the reduction of cases in the future. There is a huge difference if one gets dementia at the age of sixty or at a later age of eighty.

Do not get tempted to suggest that increasing institutional care will be the way forward for the people with dementia in India. It has a role, but we do not have the capacity to look after the huge numbers in this manner.

We need to understand the potential of primary care in reaching out to the community with strategies for prevention as well as promotion of health and providing post-diagnostic home-based support. We need to have memory clinics on designated days (not necessary every day) to provide diagnosis and post diagnostic support and caregiver counselling. We need to enhance the capacity of existing long term care facilities to look after people with dementia. This can be done with training. We need to enhance and create greater opportunities for cognitive stimulations and social interaction so that people make active aging a part of this life. We need to have specialist and referral services to deal with the behavioural problems in people with dementia. It’s a team effort and dementia care involves a team of doctors, nurses, occupational therapists, psychologists etc.

There are strengths and weaknesses of the availability of care in the urban and rural areas. What we need is to think out of the box and use locally available resources to bridge the treatment gap for people with dementia. You can listen to my TEDx talk on building dementia-friendly communities in India and it will give you an idea that there is hope even in resource-poor settings. There has to be a will and political commitment.

Dr Amit Dias’s TEDx talk can be found at the following link.

The full Lancet report can be found at the following link.