You are here: Home / Environmental health / Mother Earth and how we’re failing her 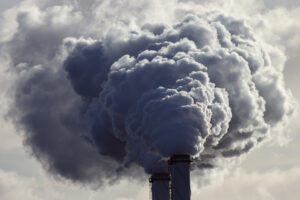 To quote the UN, “nature is suffering.” This situ manifests, it says, in “Australian fires, heat records and the worst locust invasion in Kenya.”

India, of course, is no stranger to how nature’s suffering is leading to an inclement climate, a ravaged ecosystem characterised by instability, and the manifold byproducts. Just last year, swathes of the country were lashed by floods – in one instance effectively submerging one of its major cities, Mumbai. The country is vulnerable to extreme heatwaves, to water scarcity (as World Water Day earlier this year reminded us), and to the spread of infectious diseases owing to temperature changes. Climate change is wreaking havoc across swathes of the country, whilst air pollution chokes out those living in cities and rural areas alike whilst it lacerates the environment around them.

The ongoing disaster of deforestation presents both as an environmental catastrophe and a public health threat. As the country loses green space at an alarming rate, it is seeing weather-related disasters wreak an ever-more pronounced toll, witnessing its soil quality degrade, shedding biodiversity, and even driving outbreaks of zoonotic diseases such as Kyasanur forest disease in the Western Ghats.

Of diseases, even the ongoing coronavirus pandemic is connected to the toll Mother Earth is taking. As the UN notes, “climate change, man-made changes to nature as well as crimes that disrupt biodiversity, such as deforestation, land-use change, intensified agriculture and livestock production or the growing illegal wildlife trade, can increase contact and the transmission of infectious diseases from animals to humans (zoonotic diseases) like COVID-19.”

Biodiversity is of especial significance this International Mother Earth Day, as the observance coincides with the Super Year of Biodiversity according to the UN. The organisation states

“There is growing concern about the health consequences of biodiversity loss and change. Biodiversity changes affect ecosystem functioning and significant disruptions of ecosystems can result in life sustaining ecosystem goods and services. Specific linkages between health and biodiversity include impact in nutrition, health research or traditional medicine, new infectious diseases and influencing shifts in the distribution of plants, pathogens, animals, and even human settlements, most of them affected by climate change.

“Despite ongoing efforts, biodiversity is deteriorating worldwide at rates unprecedented in human history. It is estimated that around one million animal and plant species are now threatened with extinction.”

Because of dangerous environmental practices such as deforestation, India is compromising its own biodiversity. In the example of the Western Ghats, as a Conversation article noted previously, they “are home to more than thirty percent of the country’s species of plants, fish, reptiles, birds and mammals, including both wild elephants and tigers. Its combination of unique species and habitat loss means Unesco has recognised it as one of eight global “hottest hotspots” of biodiversity.” Because of deforestation, Health Issues India noted, the Western Ghats is in danger of losing this status.

Few phenomena occur in a vacuum. There is an intersection of issues – global health, society, economy, the environment, and so on. International Mother Earth Day, being observed this year in the midst of a public health crisis, is a reminder of how neglect and abuse of the environment carries real world consequences. India seems to be witnessing those consequences more and more as the years go by – and there is a real need for a galvanised, concerted, multisectoral and multi-stakeholder approach to address the ongoing environmental crisis, formulate solutions, and do right by Mother Earth for her and our  sakes.