You are here: Home / Featured / Why India’s climate woes are going to get worse 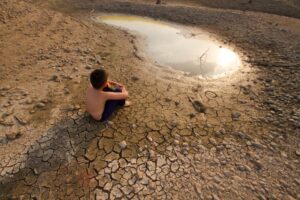 It is undoubtedly good news that India’s heatwave season this year did not bring the hundreds of deaths normally associated with the period. However, there is a caveat to this success. India’s climate is not becoming any less inclement, nor is it likely to in future. In fact, it’s going to get much worse.

From May to July, just thirteen people died because of exposure to extreme temperatures in 2018. Compare this to 2015 – when the death toll stood in the thousands – and it seems like something of a miracle.

The reason behind the lower death toll this year is reportedly low-cost measures enacted by governments in what a Guardian piece calls “a triumph of common sense.” From erecting kiosks to provide drinking water to opening shelters for the homeless to escape the heat, the low-cost initiatives were successful in bringing down fatalities.

But common sense can’t bail out India for long. Tropical and subtropical countries – especially those close to the equator is expected to be most vulnerable to rising temperatures in the coming decades, warn researchers from Australia’s Monash University. This puts India at risk.

Already heatwave has claimed well in excess of 22,000 deaths since 1992. Unless action is taken going forward, there could be thousands – if not millions – more to come. Entire regions of the country are at risk of becoming uninhabitable. In fact, by the end of this century, 75 percent of the population on the subcontinent face temperatures considered hazardous to human health.

“India’s climate is not becoming any less inclement, nor is it likely to in future. In fact, it’s going to get much worse.”

The reasons behind India’s climate change crisis are manifold. Its population is on the rise, projected to reach more than 1.5 billion by 2030. This, in turn, increases demand for energy, resources and space. The implication of this is increased industrial output. This entails greater emissions of greenhouse gases, larger volumes of solid waste (much of which will be dumped at landfill) and increased deforestation as India urbanises and industrialises at a rapid pace.

All of this is contributing to an environmental health crisis of colossal proportions, one whose effects will be manifold. Thus resulting in not only an increase of heatwave deaths but also water shortages and crises of infectious diseases such as dengue fever.

To the nation’s credit, its commitment to tackling climate change has been repeatedly expressed in recent years. From increasing investment to renewable energy to signing up to the Paris Agreement, its resolve what is a national and global menace of unprecedented magnitude is demonstrable and admirable in its ambition.

Balancing environmental protection with economic development is a hard balancing act to maintain, however. India’s progress against climate change is often stymied by the short-term needs of its ever expanding population. An appreciation of the vitality of sustainable economic development is needed for all policymakers and the population. With this, it can be made clear that climate change is an immediate threat that affects us all – not in the long-term or in the near future, but now. For the sake of the nation’s health and wellbeing, decisive action is needed to fight it.