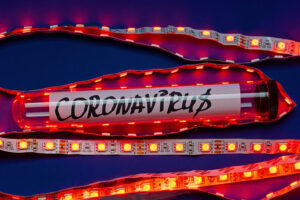 The novel coronavirus outbreak – which made landfall in India in recent weeks – has continued to grow by leaps and bounds, spreading across borders and engendering panic. In India, the third confirmed case of the disease has been confirmed in the state of Kerala which subsequently declared a state of emergency.

As reported in The Economic Times, 1,999 people are under observation in Kerala hospitals, including 75 in isolation wards. An additional 1,924 are quarantined in their homes. All three confirmed cases in Kerala, which precipitated the declaration of a “state calamity”, are Indian students who had been studying in Wuhan, capital city of China’s Hubei province where the novel coronavirus outbreak originated. Air India has evacuated more than 600 Indians from Wuhan.

China has confirmed 20,438 cases of novel coronavirus at the time of writing – an increase of eighteen percent from the preceding day. Fatalities in China number at 425 and two other countries where the novel coronavirus outbreak has made landfall have reported deaths. The country has isolated approximately fifty million people in a bid to control the outbreak, severing access to Wuhan and its surrounding cities by rail, road, and air.

Control efforts being carried out “at a mammoth scale”

In the wake of declaring a “state calamity”, authorities have counseled against panic. “The announcement is not meant to scare people,” said state health minister K. K. Shailaja. “It is to help take proactive steps to intensify the steps to contain the spread of the virus.” The third confirmed novel coronavirus patient is “stable and is being closely monitored” according to the Union Ministry of Health and Family Welfare. Shailaja added that “the patient is under treatment at the Kanhangad District Hospital in Kasaragod. There is nothing to panic. The health officials led by district medical officials are tracking surveillance efforts. Contract tracing for confirmed cases is underway.”

Taking a hardline stance against those who disregard the measures being undertaken to control the novel coronavirus outbreak, Shailaja promised legal action. “Despite our vigilance, some returnees are unfortunately dodging health officials, which can prove really dangerous,” she said. “If they continue to do this, we will have to treat it as a crime. We need cooperation of all to tide over the crisis. We should be more alert to check secondary infection.”

In its efforts to control the novel coronavirus outbreak, state health principal secretary Rajan Khobragade informed NDTV that “coordination is being carried out at a mammoth scale. The health department has over 40,000 employees. There are forty other state government departments – animal husbandry, revenue. Several departments will be working together. This goes all the way down to the 1,200 local self government institutions, right till the ground level.”

Furthermore, NDTV learned from sources that the state government is seeking support from civil aviation authorities concerning those who travelled with the three confirmed patients as they were repatriated from Wuhan. Screening is being conducted en masse, per the Union Health Ministry. In a tweet, the Ministry of Civil Aviation (MoCA) said “in accordance with the instructions from [the Union Health Ministry] , the process of universal thermal screening is being expanded to cover flights coming from Thailand & Singapore as well, in addition to China & Hong Kong. MoCA is extending every possible support to ensure compliance.”

As of February 2nd, screening has been conducted of 58,658 passengers from 445 flights for symptoms of novel coronavirus. The Integrated Disease Surveillance Programme detected 142 individuals displaying such symptoms, referring them to isolation facilities. Of as many as 130 samples referred for testing, 128 have tested negative.

India has cancelled visas for those seeking to travel to the country from China, though applications for fresh visas can be made. Those already in India from China, with regular or fresh visas and who had travelled from the latter since January 15th, have been directed to contact the Union Ministry of Health and Family Welfare.

A group of ministers has been convened to monitor the novel coronavirus outbreak in India announced Union Health Minister Dr Harsh Vardhan. He chaired the first meeting yesterday.

In a series of tweets, he elaborated that “a status report on [novel coronavirus] was presented. Three cases have been reported from Kerala, one of which has been confirmed today. Preventive measures taken for #coronavirus management were detailed…adequate materials like Personal Protection Equipment (PPE) & N95 masks are available. Situation is being monitored in all States/[Union Territories].A 24×7 Control Room is operational (011-23978046). IEC material is prepared & widely disseminated through print, electronic & social media.”

The group of ministers was established at the direction of Prime Minister Narendra Modi, whom Vardhan has said is “personally monitoring” the situation. He added “I am also in touch with the Kerala health minister on a regular basis.”