You are here: Home / Government policy / Violence against doctors law given thumbs down by Home Affairs Ministry 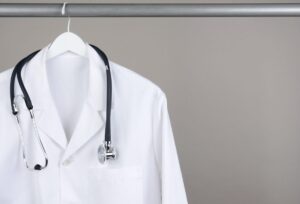 The Health and Services Personnel and Clinical Establishments (Prohibition of Violence and Damage of Property) Bill would penalise violence against medical practitioners with up to ten years of imprisonment and a fine of Rs 2-10 lakh. Vandalism of healthcare facilities would be penalised with a prison sentence of up to five years and a fine of Rs 50,000 to Rs 5 lakh. The Union Law Ministry had earlier given its nod to the Bill.

According to the Indian Medical Association (IMA), 75 percent of Indian doctors have been the target of violence and/or harassment whilst on duty. Union Health Minister Dr Harsh Vardhan has described the Bill as “a long-standing demand of the medical fraternity” – yet the Union Ministry of Home Affairs has rejected the draft legislation, stalling plans to introduce it in the Winter Session of the Lok Sabha.

“The home ministry dismissed the need for a separate law to check violence against the fraternity members of a specific profession,” commented a senior official within the Ministry. “It had said there should be no specific law for a particular profession, and the IPC [Indian Penal Code] and CrPC [Code of Criminal Procedure] are sufficient to deal with it. Over the time, members of other [fraternities] like lawyers and police may also demand for an exclusive law to safeguard their interests.”

In response, a Union Health Ministry official said, “we have received comments from the [Ministry of Home Affairs]. They have objected to the draft of the Bill for preventing assault against doctors. As of now, we have kept it on hold.”

The news is likely to come as a disappointment to the medical fraternity in India, which has called for provisions in the law to protect them from abuse in the workplace amidst numerous examples of – sometimes lethal – instances of violence against doctors. Strike action by doctors over violence have captured international headlines and drawn the attention of international bodies, including the World Medical Association (WMA).

“Such violence affects profoundly health professionals in the discharge of their duty as well as their physical and moral integrity, with unavoidable consequences on the provision of healthcare and patients’ safety,” the WMA commented earlier this year. “Furthermore, the proliferation of such violence tends to make these acts a common occurrence, instilling mistrust against health professionals.”