You are here: Home / Featured / ‘Progress has slowed down’ – The World Malaria Report and what it means for India 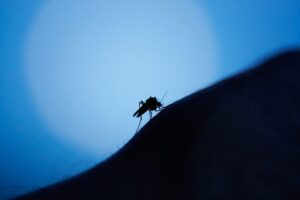 Earlier this year, experts said that a malaria-free world was possible with a bold approach from stakeholders. The most recent World Malaria Report has reinforced the importance of such measures to be undertaken as officials warn that the stagnation in efforts to tackle malaria is “unacceptably high.”

“The world has shown that progress can be made,” said World Health Organization (WHO) malaria expert Pedro Alonso. “But progress has slowed down. And we have stabilised at … an unacceptably high level.”

Yet the report warns that such progress is far from cause for complacency: it is the opposite.

“From 2014 to 2018, the rate of change slowed dramatically, reducing to 57 in 2014 and remaining at similar levels through to 2018,” the WHO report notes. It goes on to warn that “between 2015 and 2018, only 31 countries, where malaria is still endemic, reduced case incidence significantly and were on track to reduce incidence by forty percent or more by 2020.” In addition, “despite these gains [reductions in mortality in the southeast Asian and African regions], the malaria mortality reduction rate has also slowed since 2016.” As such, the report is clear: “Without accelerated change, the Global technical strategy for malaria 2016–2030 (GTS) milestones for morbidity in 2025 and 2030 will not be achieved.” 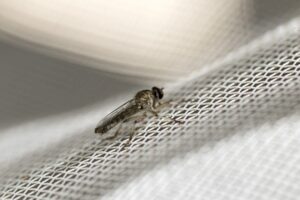 Stalled progress in tackling malaria exacts a particular toll on the health of children and mothers. 67 percent of malaria deaths occur in children under the age of five – translating to 272,000 lives lost. Women exposed to malaria infection during pregnancy are at high risk of delivering children who are underweight at birth. Children who fall prey to malaria are at a substantially higher risk of developing conditions such as severe and moderate anaemia.

There is encouraging news in the report, including for India which recorded 2.6 million fewer malaria cases in 2018 compared to 2017. The report makes positive note of India’s performance on some key indicators. For example, “except for India, direct domestic investment remains very low relative to international funding in the HBHI [high-burden to high-impact] countries.”

Yet the report makes clear that India is still one of the worst-affected countries and, in line with the global necessity of action, cannot afford for authorities to become complacent in tackling the report. Sustained investment; targeted interventions; provision of safeguards such as bednets, insecticide, and preventative therapies; vigilance against vector populations (India is home to 47 percent of the P. vivax parasite burden) and monitoring of trends such as drug resistance are of great importance in winning the malaria fight.

India intends to eliminate malaria by 2030. Such a target is attainable, Dr Altaf Lal told Health Issues India earlier this year. “There is significant reduction in cases of malaria in India over the past several years, which provides optimism that elimination goal of 2030 is achievable,” he said. “The recent data from the State of Odisha and Malaria Elimination Demonstration Project in the State of Madhya Pradesh have revealed that incidence of malaria can be significantly reduced by robust surveillance, rapid testing and prompt treatment by trained field workers. The lessons and experiences from these elimination programs would be valuable for national elimination program.”

The road to a malaria-free India is paved with challenges; indeed, the same is true of much of the world. “The challenges in meeting 2030 elimination goals are not unique to India; they are common to many countries that have varying epidemiology, multiple species of malaria parasites in circulation and malaria in hard-to-reach areas,” Dr Lal said. But, he added, “these challenges can be overcome through programs at district level, which are supported effectively by state and national so that commodities (long-lasting insecticide impregnated bednets, insecticides for household sprays, diagnostic tests and anti-malarial drugs) are always available.”

Detection of cases, prompt treatment of those infected, and engagement of stakeholders from workers on the ground to policymakers are also vital components of a successful malaria elimination strategy, he added. As the World Malaria Report reminds us, complacency has no role if the goal of a malaria-free India and a malaria-free world is to be realised.

“In recent years, global progress in reducing new malaria cases has levelled off….critical milestones of our global malaria strategy are likely to be missed,” writes WHO Director-General Dr Tedros Adhanom Ghebreyesus in the foreword to the World Malaria Report. “Achieving our common vision of a malaria-free world will also require enhanced action in other critical areas.

“We need affordable, people-centred health services. We need reliable and accurate surveillance and response systems. We need strategies that are tailored to local malaria- transmission settings. Stepped-up financing for the malaria response is essential. In 2018, total funding for malaria control and elimination reached an estimated US$2.7 billion, falling far short of the US$5 billion funding target of our global strategy. Through resolute, robust financing, political leadership and universal health coverage, we can defeat this disease once and for all.”

The World Malaria Report, 2019 can be accessed here.