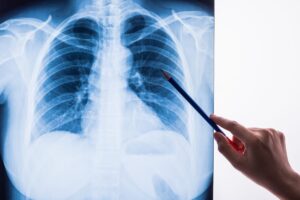 The world’s ‘forgotten epidemic’ of pneumonia is resulting in fourteen pneumonia deaths among children under five every hour in India.

In 2018, 127,000 children succumbed to pneumonia in India, according to a joint report of the Every Breath Counts Coalition, Save the Children, and UNICEF released earlier this month entitled ‘Fighting for Breath in India: A call to action to stop children dying from Pneumonia’. Five of every under-five deaths per thousand live births were due to pneumonia that year.

The report represents a grim warning for the country, where pneumonia and acute diarrhoeal disease jointly lead to two lakh children under five dying every year. Such deaths are needless, given that pneumonia is largely vaccine-preventable and India includes the pneumococcal conjugate vaccine (PCV) in its Universal Immunisation Programme.

World Pneumonia Day this year saw officials warn that the disease represents a ‘forgotten epidemic’. UNICEF reminded us that every 39 seconds, a child loses their life to pneumonia worldwide. “This is a forgotten global epidemic that demands an urgent international response,” Save the Children chief executive Kevin Watkins commented on the observance. “Millions of children are dying for want of vaccines, affordable antibiotics, and routine oxygen treatment. The pneumonia crisis is a symptom of neglect and indefensible inequalities in access to healthcare.”

For India, a country beset by healthcare infrastructure inadequacies and a shortage of human resources, this evaluation is apt. Across the board, individuals are suffering the effects of a range of diseases – their plight driven and exacerbated by affordability, accessibility, and quality issues blighting the public health system in India.

The report highlights that numerous environmental, socioeconomic and health issues fuel the country’s high death toll due to pneumonia. 53 percent of deaths due to the disease are caused by child wasting, 27 percent by exposure to outdoor air pollution and 22 percent by indoor air pollution. Such issues are common in India.

Malnutrition – which is the cause of conditions such as wasting and stunting – is responsible for more than two-thirds of child deaths in India. As noted by the report, 21 percent of children under five are affected by wasting and 38 percent by stunting (as of 2015). Meanwhile, the country is in the throes of a pollution crisis as exemplified by the ongoing public health emergency in Delhi that has left the city gasping for air. Pollution is not confined to Delhi, however. India is home to seven of the world’s ten most polluted cities, with many metros recording air quality levels far from what experts consider healthy. Rural areas are dogged by pollution too, accounting for 75 percent of total pollution-related deaths in the country.

The Global Action Plan for Pneumonia and Diarrhoea exhorts countries to reduce the number of deaths due to pneumonia in children under five to three per thousand live births by 2025. At the present annual rate of reduction, India will achieve this target a year too late. India needs to accelerate efforts towards universal health coverage, improve vaccination coverage, and work to reduce the gaps in its public health infrastructure if it is to witness fewer pneumonia deaths.

“Fighting for Breath in India: A call to action to stop children dying from Pneumonia” can be accessed here.