You are here: Home / Medicine and Research / Antimicrobial resistance: Vardhan calls for action 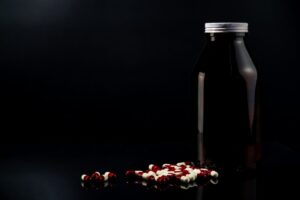 Antimicrobial resistance is on the rise in India, with even resistance to the commonly used antibiotic clarithromycin on the rise.

“The resistance to clarithromycin is rising among the Indian patients and that too at quite a fast pace,” said Sunil Sofat, additional director of the Department of Interventional Cardiology at Jaypee Hospital in Noida. “There are multiple factors for the same but one of the major reasons behind it is self-medication. In India, a huge population prefers to consume over-the-counter (OTC) drugs without even consulting a doctor. In the long run, this may make them resistant to most of the antibiotics including clarithromycin.”

Increasing resistance to clarithromycin is symptomatic of a broader issue surrounding antimicrobial resistance, which the World Health Organization (WHO) named one of the ten leading threats to global health earlier this year. “Antimicrobial resistance…threatens to send us back to a time when we were unable to easily treat infections such as pneumonia, tuberculosis, gonorrhoea, and salmonellosis,” the WHO said. “The inability to prevent infections could seriously compromise surgery and procedures such as chemotherapy.”

India is acutely aware of the threat to health posed by antimicrobial resistance. Earlier this year, the country joined a global coalition addressing antimicrobial resistance. “We all have a role to play to protect the efficacy of antimicrobial agents and to support the efforts of the different sectors at national, regional and global levels,” Renu Swarup, Secretary for the Department of Biotechnology at the Union Ministry of Science and Technology, said at the time. “Working together, we can address this threat and change the trajectory of health for humanity.”

Antimicrobial resistance featured prominently as a topic of discussion at a meeting of the G20 nations’ health ministers in Okayama, Japan, which Union Health Minister Dr Harsh Vardhan attended. At the meeting, Vardhan called for alignment between United Nations agencies in combating antimicrobial resistance and outlined the government’s approach to the problem, including research and development for new drugs; a national action plan; and a surveillance system.

The case of clarithromycin resistance being on the rise shows there is a clear need for such policies to be put into action. Antimicrobial resistance threatens progress against conditions ranging from tuberculosis to malaria, rendering frontline therapies all but useless. Affirming the government’s commitment to tackling the threat is a welcome move from Vardhan and, as he states, global and multisectoral collaboration are the needs of the hour if resistance is to be effectively addressed and controlled.