You are here: Home / Infectious diseases / Sepsis in India: A major threat to public health 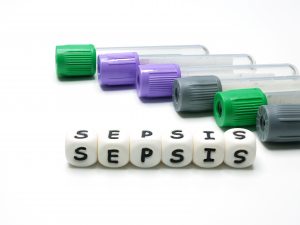 September 13th marks World Sepsis Day – a day of particular importance for the public health community to be reminded of the significant burden of sepsis in India.

Sepsis is “a life-threatening organ dysfunction caused by a dysregulated immune response to infection”, caused by no single bacteria or virus: “rather, any type of pathogenic infection can result in sepsis.” This makes the disease incredibly difficult to treat in environments with limited resources, which impairs survival outcomes for patients as sepsis requires swift diagnosis and treatment to lower the risk of mortality. A ‘golden hour’ is believed to exist, in which treatment is vital to lower the risk of death.

Sepsis is a significant challenge in India, which lost the lives of at least 640,000 newborns before reaching the age of one month due to sepsis in 2016. Mortality rates due to the disease vary, with some studies positing a mortality rate for sepsis in India as high as 63 percent. This mortality rate is particularly high due to the rate at which the disease occurs within hospitals, often causing death due to comorbidity, or due to an individual being in a weakened state.

The high death toll from sepsis in India serves as a reminder of the overall burden of hospital-acquired infections (HAIs) in the country. According to one piece of research, hospital-acquired infections occur at the rate of one for every four hospital visits. Adherence to infection control measures and sanitation guidelines such as hand-washing are vital if HAIs such as sepsis are to be reduced in prevalence. Meanwhile, strengthening diagnostics and guaranteeing timely access to treatment are needed to improve survival rates.

“Sepsis is the common final pathway of all acute infections,” says the World Health Organization. “It arises when the body’s response to an infection injures its own tissues and organs. It may lead to shock, multiple organ failure, and death, especially if not recognized early and treated promptly. Sepsis accounts for millions of deaths worldwide annually. It is poorly known that sepsis can be prevented by vaccination and clean care and that early recognition and treatment can reduce sepsis mortality.”

World Sepsis Day is a valuable opportunity for awareness of sepsis to be promoted and to facilitate a broader conversation surrounding HAIs and the need for cleanliness and infection control in healthcare environments.