You are here: Home / Social issues / Tamil Nadu to act against traffic accidents 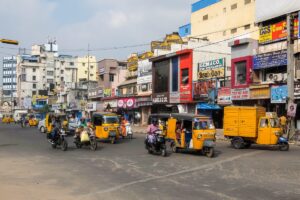 In India, 1.51 lakh people lost their lives in road traffic accidents in 2016 – more than any other country in the world. 1,374 traffic accidents take place each day, resulting in 400 deaths. In Tamil Nadu, steps have been announced to curb the number of such fatalities in the state.

Fortunately, the number of accidents and consequent deaths is decreasing. This year, the state reported 5,173 accidents in January alone, resulting in 993 deaths. The previous year, 5,798 accidents were reported. Nonetheless, the number of deaths is still sizeable – prompting the state government to take action.

Establishing multidisciplinary critical care facilities at government hospitals will form a core part of the state’s Accident and Emergency Care Initiative, Palaniswami said. These facilities will receive patients on arrival and provide a swift and expeditious assessment, categorising their condition according to severity. Life-threatening injuries are marked as ‘red’ and individuals who don’t require emergency treatment are marked as ‘green’. The state government will also ensure that individuals can access rehabilitative medicine, spending Rs 40 crore to upgrade the Institute of Rehabilitation Medicine in state capital Chennai.

The state government has been taking steps to strengthen emergency care services for some time, with the establishment of multiple emergency care centres across the state. If the initiative is successful, it could provide a model for all of India to adopt.

The status of emergency care medicine has improved in the country. According to a 2017 study, “EMS [emergency medical services] has changed since the time it was commonly stated that, “EMS systems in India are best described as fragmented.” Today, India boasts an EMS system that’s expanded exponentially and geographically. It’s gone beyond the early concepts, and the focus has shifted from being injury centric to covering all emergencies. It’s changed from being urban oriented to being pan-India.” Continued improvements are the need of the hour, with Tamil Nadu potentially leading the way in ensuring individuals in emergency accidents can avail timely, appropriate, and quality care.