You are here: Home / Featured / Health For Polls: The panelists

On Monday, April 29th, Health Issues India will be hosting in New Delhi a roundtable discussion featuring experts at the top of their field, who will be talking about the place of health in the political discourse against the backdrop of this year’s Lok Sabha elections.

We are, today, unveiling those will be putting their ideas in on how we can address the most pressing health issues facing India today. These are our experts. Please read on to find out more about them and our agenda for the event on Monday.

The discussion will be moderated by Ajoy Bose. 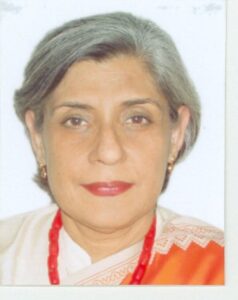 Meenakshi Datta Ghosh is the former Special Secretary, Ministry of Health and Family Welfare. She has also served as the former Secretary in the Union Ministry of Panchayati Raj. She has over 41 years of experience in public administration and has made significant contributions to policy and programs across the social sector, particularly with reference to local governance (rural and urban), population stabilisation, HIV/AIDS, gender justice, disaster management, low cost housing, and the environmental improvement of squatter settlements.

As Principal Author National Population Policy India, Ms. Ghosh won national and global acclaim for introducing treatment for HIV/AIDS in India. Following retirement from the Government of India, she was appointed Chairperson of the Public Grievances Commission for the National Capital Territory of Delhi as well as the Appellate Authority under the Delhi Right to Information Act. At present, she is on the Board of a not for profit initiative called Partnership for Safe Medicines (PSM). 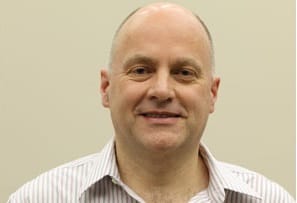 Mark Chataway is the founder and publisher of Health Issues India and managing director of Hyderus Cyf, a UK-based communications consultancy with a wealth of experience working in the southeast Asia region. Mark founded Health Issues India to draw attention to the healthcare and development-related issues affecting India he encountered through his work in the country. Not only does Health Issues India build on Mark’s expertise in environmental and health policy, it also builds on his background in journalism: he began his career working in news and talk radio in the United States. As well as his roles at Hyderus and Health Issues India, Mark is the co-owner of Baird’s Communication Management Consultants, Ltd.; sits on the independent advisory board of Amplify Change, specialising in sexual and reproductive health. He has also sat on the board of directors for EngenderHealth; was a trustee for AIDS United; and consulted with the International AIDS Vaccine Initiative, where he set up the country’s India Program. Mark obtained a Bachelor of Science degree in history and speech theory from Troy State University and a Master of Arts degree from New York University. 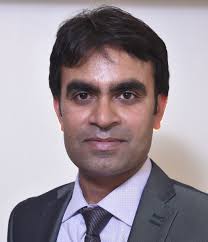 Dr. Chandrakant Lahariya is a medical doctor, public health practitioner and public policy strategist with more than 20 years of social sector experience. He is also a prolific writer and social innovator. He worked as a consultant to various national and international organizations including the Government of India, UNFPA, UNICEF and WHO. He has worked at the forefront of public health policy including in polio elimination, routine immunisation strengthening and design and implementation of National Rural Health Mission.

Dr. Lahariya also has first-hand experience with the initiatives of Mohalla Clinics, Basti Dawakhanas of Telangana and Health and Wellness Centre. He is credited with a series of “the youngest” including as the awardee of the Government of India – Indian Council of Medical Research (ICMR); Prof B.C. Shrivastava Foundation Award 2012; and ‘Bharat Jyoti Award’ amongst others. Lahariya has been referred to as one of the most influential Indians under 35 years of age. 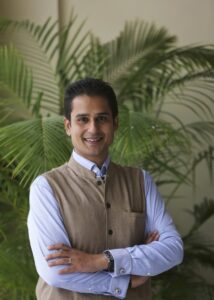 Dr. Karan Thakur is currently working as Vice President, Operations and Public Affairs, Indraprastha Apollo Hospitals a leading hospital in India. Dr. Thakur leads the government outreach practice at the Apollo Group. Having studied Dental Surgery at the Kurukshetra University, he pursued his master’s in healthcare management with distinction from the prestigious Manchester Business School, University of Manchester. He has further under Executive Management training at the Indian Institute of Management, Bangalore. His interests include in the areas of health policy, health communications, operation management and healthcare systems. He is also a regular writer of various issues of health and politics in national newspapers. Dr. Shagun Sabarwal is the Associate Director of Policy and Training at J-PAL South Asia and Director of the CLEAR South Asia Centre. She has a doctoral degree in public health from Harvard University. She has experience in working in research and evaluation on a range of topics including maternal and child health, adolescent health and violence against women. She leads J-PAL’s efforts to build partnerships in the evidence-based policy-making space. She also provides strategic oversight and leads capacity building in monitoring and evaluation at the CLEAR South Asia Centre. Prior to joining J-PAL, Shagun was an Evaluation Specialist with 3ie and a Postdoctoral Fellow at Population Council. She completed her doctorate in public health from Harvard University. 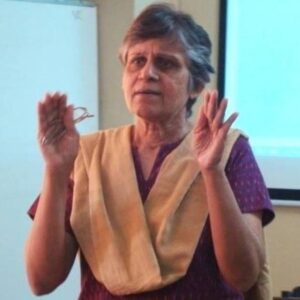 Akhila Sivadas is the managing trustee and executive director of Centre for Advocacy and Research. She has been working to empower communities most at risk of HIV. She has also assisted national and regional institutions in preparing strategy documents on gender, child rights, reproductive health and media violence on children etc. She has also been involved in a seven-city project to empower urban poor communities and improve access to basic services for marginal and at-risk communities living in highly vulnerable areas. 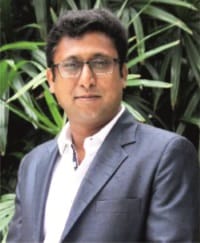 Innovating for purpose-driven communications or Change the Game or Be relevant are few of the adages that best define Aman and his passion for building new-age, specialist communication entities. Aman has been listed in the PR Week Global Powerbook (2016, 2017), as one of the brightest and most influential PR professionals around the world. He has also been listed as the ‘Top 25 Innovators’ by Holmes Report, Asia Pacific, for shaping influence and engagement in an era of dramatic marketing and communications disruption. He has been honoured with the title ‘Communicator of The Year’, for Industry Association at the Fulcrum Awards 2017. He has been the first and only Asian to make it to the TED Fellow 2003 list. Aman has a rich experience in the areas of sexual and reproductive health, including developing and managing the implementation of an inter-continental media relations plan for the International AIDS Vaccine Initiative (IAVI). 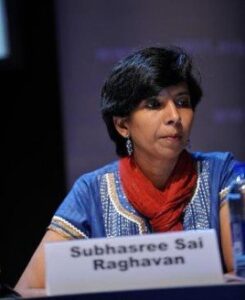 Dr. Sai Subhasree Raghavan is the President of SAATHII, based out of New Delhi. Dr. Raghavan has more than 20 years of experience in diverse areas of public health in India and the USA. Prior to 2004, Dr. Raghavan worked as Assistant Professor of Clinical Nutrition Medicine in the Division of Infectious Diseases of Harlem Hospital Centre of Columbia University and co-directed a course on Epidemiological Research in Developing Countries at the Joseph Mailman School of Public Health.  She was actively involved in research on macro- and micro-nutrient complications and long-term metabolic toxicities among PLHIV from minority communities. Currently, Dr. Raghavan is Chief of Party of Project Sambhuya, an initiative to strengthen Reproductive, Maternal, New-born, Child and Adolescent Health (RMNCH+A) in the private healthcare sector. Dr. Raghavan is a former member of the Governing Council of the International AIDS Society (IAS) and was an elected member of The Global Fund’s Country Coordinating Mechanism (CCM) from 2009 to 2012. 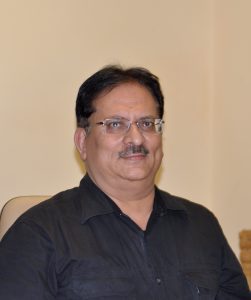 Dr. C M Bhagat is the Vice-President of Association of Healthcare Providers of India, Delhi Chapter and the Director of Bhagat Hospital, New Delhi. He is a well-known social activist contributing in various social welfare activities. He is involved in various social sector activities led by the NGO-MUSKAAN (Society for spreading happiness). He has been awarded –Service to humanity award by Rotary Blood Bank for his efforts in voluntary blood donation and many other awards by DMA, IMA and CAHO-CON. 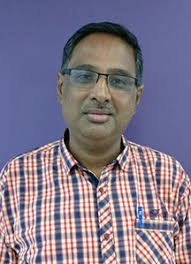 Kannan Krishnaswamy is a journalist and communication professional. Kannan Krishnaswamy has around 24 years of experience, 14 years of which have been as a journalist with The Hindu, one of India’s premier newspapers. He has also worked with international development organisations like Plan and Oxfam and was in-charge of communications and branding for these organisations. Kannan has wide-ranging experience building partnerships and innovative projects centred around amplifying people’s voices from the grassroots.

To talk to our experts about the health issues that matter to you, contact us via Facebook, Twitter or LinkedIn or send an email to editorial@healthissues.co. Get involved and have your say.