You are here: Home / Access to Healthcare / How Mumbai fares in the fight against TB 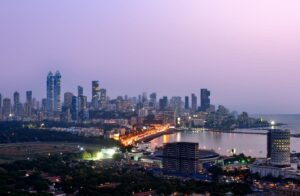 Drug resistance is one of the most pressing public health challenges facing India, especially when it comes to tuberculosis (TB). As the country grapples with one of the largest TB burdens in the world, rising cases of drug resistance presents an alarming trend.

Drug resistance has become a major issue in India in recent years, frustrating progress against TB and standing in the way of ambitions to eliminate the disease by 2025. At present, India is believed to account for a quarter of the world’s MDR-TB cases and endures a significant burden of XDR-TB too. Yet in Mumbai, XDR-TB cases have actually decreased this year.

“Mumbai, India’s largest city and one of its most densely populated metros, reported 526 cases of XDR-TB in 2018…[marking] a 21 percent reduction from 2017”

Mumbai, India’s largest city and one of its most densely populated metros, reported 526 cases of XDR-TB in 2018. This marks a 21 percent reduction from 2017, when the city reported 640 cases. This was according to city officials, who also touted a decrease in mortality due to TB in recent years. 5,634 TB deaths were reported in 2016, compared to 7,391 deaths reported in 2018.

The figures show that, while progress has been made in the city against XDR-TB, drug resistance itself has not been allayed as a threat and there is still much work to do. However, one positive implication which could be taken away from the findings is that cases of MDR-TB are being better managed. XDR-TB cases often occur when cases of MDR-TB are mismanaged.

“We have been taking many steps to ensure early diagnosis and better treatment for patients,” said executive health officer of the Municipal Corporation of Greater Mumbai, Dr Padmaja Keskar. “We are diagnosing cases early, deaths have reduced in the private as well as government sectors, and the number of cases are not rising sharply,’’