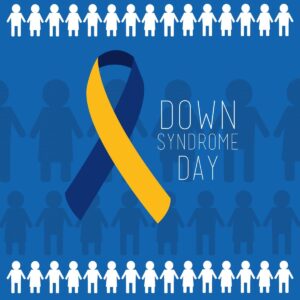 When India was immersed in the colours of Holi the world came together to celebrate the World Down Syndrome Day: a day dedicated to creating awareness about a genetic condition which affects 3,000 to 5,000 babies born every year.

Down’s syndrome is caused by an error in cell division, resulting in an embryo which has an extra chromosome 21, instead of 2 or 3.

Today on Health Issues India, we highlight stories of those who fought against all odds and made a mark for themselves. Meet Babli Ramachandran, a Braratnatyam dancer who uses mudras and facial expressions to express pain, joy, anger or love. 38-year-old Babli had to undergo four major eye surgeries and despite vision and mental challenges she never stopped dreaming. Her joy of being appreciated or her fear of not being up to the mark makes her no different from other children who are considered normal. She has been greatly motivated by great dancers and uses it as a tool to lead a happy life. 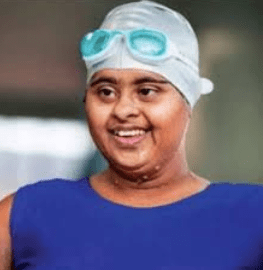 Arti Krishnamoorthy is a swimming champion aiming to compete in the next Special Olympics. 25-year-old silver and bronze medallist at the Special Olympics 2013, Krishnamoorthy is first an athlete and then a person with Down’s Syndrome. The girl from Besant Nagar, who was refused regular academic education by institutions, has learned that public perception doesn’t matter when it comes to achievements. 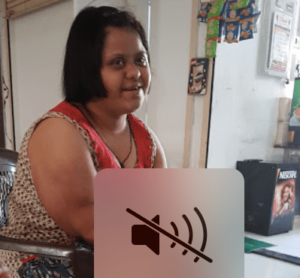 She takes orders, wipes the table, manages accounts and if the place is running short on inventory, she will make a note. The cafe was gifted by her parents who wanted to keep her busy and happy and it is now in good shape and achieved its break even within the first three months. Aditi wants everyone to know, “We are special people and can do whatever else a ‘normal’ person can do. If you have a special child, let him or her do what they want to with their lives. Don’t stop them.” 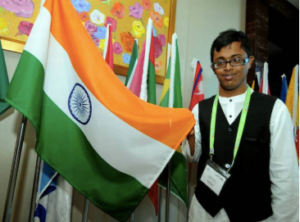 Karaan Subramaniam’s list of achievements is long. 24-year-old, who was diagnosed with Down’s syndrome as a baby, has worked long and hard to reach every milestone. His efforts earned him the Special Olympics Asia Pacific Games gold medal in basketball in 2013, a meaty role in director Santosh Sivan’s `Inam’ in 2014, World Down Syndrome Foundation UK award for outstanding achievement in chess in 2015, a sportsmanship award from Loyola College just two days ago, and a degree in animation from the Visual Communication Department of Loyola College this year. In fact, Karaan’s passion is so infectious, says his mother Geetha, that after he joined Loyola and excelled, the college has become much more open to admitting students with special needs. “In the last three years at Loyola, I have been treated on a par with the others,” says Karaan.

Stories have been compiled with inputs from DSFI newsletter