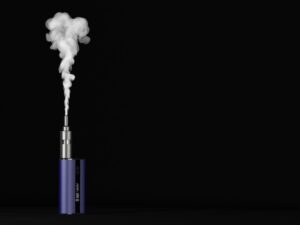 The fraught relationship between policymakers and India’s vaping community will not become any less contentious for the foreseeable future.

The Centre claimed in its directive that the devices pose “a great health risk to the public at large, especially to children, adolescents, pregnant women and women of reproductive age.” Experts have expressed concerns that young people, once hooked on nicotine through using e-cigarettes, will move on to tobacco use.

“The Central Drug Regulator [is] calling for…states and union territories to prohibit e-cigarettes and similar devices such as e-shisha and e-hookah.”

Jharkhand became the first state to impose a ban on e-cigarettes being manufactured, sold and advertised within its jurisdiction, as per the government’s directive (which, as an advisory notice, did not carry the force of law). Eleven other states have taken similar steps including Bihar, Himachal Pradesh, Karnataka, Kerala, Jammu and Kashmir, Maharashtra, Puducherry, Punjab, Tamil Nadu, and Uttar Pradesh. The Centre is urging others to follow suit, with the Central Drug Regulator calling for the remainder of states and union territories to prohibit e-cigarettes and similar devices such as e-shisha and e-hookah.

The efforts by the Centre to crack down on e-cigarette use in India led to a petition being filed by two e-cigarette manufacturers, Litejoy International and M/S Focus Brands Trading, as well as individual petitioner Piush Ahluwalia. The case was heard by Justice Vibhu Bhakuru of the Delhi High Court.

The crux of the Centre’s argument against ENDS as presented to the HC is that they fall within the purview of the Drugs and Cosmetics Act, 1940. Additional Solicitor General Maninder Acharya argued that because ENDS are intended, they can be classified under the Act – effectively as a medical device or ‘drug’. Because e-cigarettes are not approved under the Act, their use in India would effectively be illegal.

“The case comes as a victory for India’s vaping community, albeit a potentially temporary one”

This argument, however, was rejected by the HC. It was held that, prima facie (effectively meaning at first glance, or until proven otherwise), it appeared that ENDS do not appear to be covered by the Drugs and Cosmetics Act given that they are not marketed as therapeutic or medicinal devices.

The case comes as a victory for India’s vaping community, albeit a potentially temporary one. The matter will be heard before the HC again on May 17th.

Much discussion has been had in recent weeks about the health effects of e-cigarette use. While the devices have often been touted as an effective means of encouraging tobacco users to kick the habit, there is concern that their popularity among youth is driving up smoking rates worldwide.

Meanwhile, the science as to whether vaping is better for your health than smoking normal cigarettes remains far from settled. It is true, for example, that many of the carcinogens. However, there could be other health complications owing to the chemicals used in ENDS and how vapourisation facilitates exposure to them.

India is home to 232 million adults who use tobacco daily. While the number of smokers in India has fallen significantly in recent years – particularly among young people – India’s population of tobacco users is among the highest in the world. High levels of tobacco use in the country translate to high rates of various noncommunicable diseases (NCDs), particularly respiratory ailments and cancers.

To this end, ENDS could play a useful role in cutting smoking rates. However, fears over their driving up nicotine use among youth may still be justified. This highlights the importance of the matter being settled in the courts with a view towards effective regulation, lending primacy to public health and wellbeing – particularly that of kids.