You are here: Home / Access to Healthcare / Ventilators are in short supply in Delhi – and some don’t work 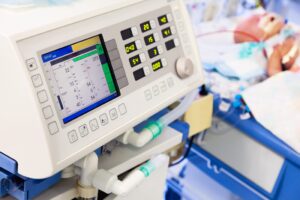 Public hospitals in the national capital are struggling with a frightening shortage of ventilators.

Health Issues India recently highlighted the story of Farhan, a three-year-old boy suffering from a rare disorder called Leigh syndrome. The hospital treating him lacked a spare ventilator. This forced the boy’s family to manually ventilate him, by pumping air into his body with an ambu bag. Farhan died on 10th February. In the days since, his death has spotlighted the lack of ventilators in Delhi hospitals

“Delhi’s public hospitals are equipped with just 400 ventilators…concerningly, 52 of [them] are nonfunctional”

The Delhi government has now admitted to the DHC that, of 10,059 beds in the capital region’s government hospitals, just 348 have ventilator facilities. This equates to a prevalence of just 3.4 percent. This falls far short of national standards requiring that at least ten percent of beds in state-run medical facilities be equipped with ventilators.

Delhi’s public hospitals are equipped with just 400 ventilators, of which 52 are nonfunctional. In the affidavit it submitted to the court, the Delhi government has said hospitals with non-working ventilators are under orders to repair or replace them at the earliest opportunity. An additional eighteen ventilators have been ordered, the affidavit added.

The matter of inadequate ventilator support in the national capital is ongoing and is due to be heard again before the High Court this month.