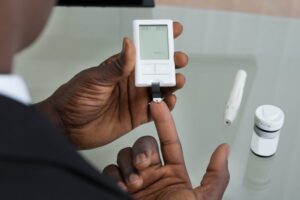 Disconcertingly, the situation can be expected to get much worse by 2030. This is according to new research published in The Lancet, which offers a stark warning – both to India and the world.

The world will witness a sharp rise in the number of type-2 diabetes cases, from 405.6 million in 2018 to 510.8 million by 2030. India will be one of the countries driving this uptick, with study co-author Dr Sanjay Basu warning of “a tremendous increase in type-2 diabetes.”

India will see type-2 diabetes patients number approximately 98.0 million in 2030, compared to 72.4 million at present. India will be second only to China, both in terms of number of diabetes patients currently and the anticipated rise in the next twelve years.

The reasons behind this change, Dr Basu told Health Issues India, will be “diet, urbanization, and possibly genetics.” These will “crash to produce a terrible combination on the subcontinent”, he warns.

A major issue highlighted by the study is access to insulin. The projected rise in type-2 diabetes cases will entail more than twenty percent increase in insulin dependency. Yet insulin may be inaccessible to 79 million adults globally who need it unless improvements are made – with the biggest shortfall occurring in Africa, Asia, and Oceania.

“Lack of comprehensive access to insulin is due to a variety of factors, linked to the organisation and delivery of diabetes care in many contexts,” Dr Beran adds. “This includes the cost of insulin to the individual and the health system, which in many contexts is beyond the means of current budgets.”

“As diabetes is chronic in nature and requires lifelong management, treating it can quickly become an unaffordable expense for those dependent on the private sector to meet their medical needs”

In India, access to insulin can be limited – particularly for those who pay their healthcare expenses out-of-pocket. Private sector providers often administer the majority of healthcare needs in India.

This highlights a long-standing issue in the treatment of diabetes and other noncommunicable diseases. As diabetes is chronic in nature and requires lifelong management, treating it can quickly become an unaffordable expense for those dependent on the private sector to meet their medical needs.

Without timely intervention, diabetes in India has the potential to spiral into an unmanageable crisis in years to come. Efforts to diminish risk factors in the population, such as poor diets, sedentary lifestyles, and obesity, ought to be undertaken. Genetic predisposition to diabetes means screening efforts should be expanded.

Crucially, though, it is clear that diabetes sufferers must have access to the medication they need. Insulin, for diabetics, is very much a matter of life or death. It is incumbent upon the public health system in India to ensure that the need is met.

“Global study predicts more than 20% rise in insulin use by 2030” was published in The Lancet Diabetes and Endocrinology journal. It can be accessed here.