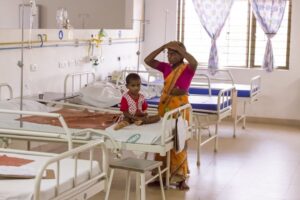 Kerala has learnt its lessons after the Nipah tragedy. It is to introduce a policy to control and prevent hospital acquired infections.

The move comes after the Nipah virus outbreak in the state earlier this year, in which all but four of those who succumbed to the virus contracted it in hospital. “We are working on the hospital infection control strategy,” said Rajeev Sadanandan, head of the state’s Department of Health and Family Welfare. “We are looking at how, in a hospital set-up, we can prevent health workers and patients from getting infected.”

Hospital acquired infections (HAIs) are a major public health threat in India. In Kerala, they account for between eighteen and twenty percent of deaths. Nationwide, healthcare-associated infections could affect as many as eighteen patients out of every hundred. However, estimating the burden within a reasonable degree of accuracy is hampered by a lack of surveillance data.

The Kerala state government is formulating a prevention and control strategy to be rolled out in government hospitals. After the state adopts the Clinical Establishments Act, the strategy may also be extended to hospitals run by the private sector.

“We are looking at what should be the structure and core ingredients of the policy,” said Sadanandan. “On its basis, a state-wide programme will be prepared. Different variations of it will be implemented at government and district hospitals.”

A nodal officer will monitor implementation of the strategy at the statewide level. Additional officers will be posted at each hospital and infection control nurses will be stationed on the ground.

Numerous factors contribute to high rates of HAIs in Indian hospitals. Dr K. K. Aggarwal, former president of the Medical Council of India identifies “overcrowding, lack of awareness on hygiene, inadequate staff and infrastructure and improper disposal of hospital waste” as among the biggest causes.

One particular concern relative to HAIs is antimicrobial resistance (AMR), widely considered to be one of India’s most significant public health challenges. AMR is caused by the over-prescription of antibiotics, sales of which are unregulated in India. It complicates the treatment of conditions ranging from pneumonia to tuberculosis to neonatal illnesses.

If it goes unchecked, AMR is projected to cause 4.73 million deaths in Asia every year by 2050. A large portion of these are likely to occur in India, the world’s biggest consumer of antibiotics. AMR is a particular danger in hospitals as it can lead to patients contracting superbugs. These are infections which do not respond to commonly prescribed antibiotics. As such, they are difficult – if not impossible – to treat.

The stance taken by Kerala to protect its patients from HAIs is admirable. A similar stance should be taken at the pan-Indian level. This necessitates proper guidelines for healthcare providers and medical professionals to follow to prevent infections; adequate investment into the public health system to prevent under-resourcing and overcrowding; and the establishment of a robust surveillance system. This is needed, so that the burden of HAIs and their manifold causes can better be understood and treated.