You are here: Home / Social issues / The high death toll of gender discrimination 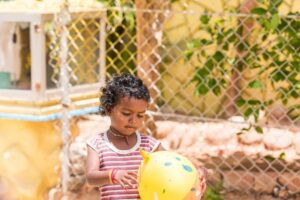 The price of gender discrimination in India is the lives of almost 240,000 girls under five every year.

Much attention is given in India to the issue of female foeticide. Sex-selective abortions are considered the major driver of India’s skewed sex ratio at birth (SRB) and its resultant 63 million ‘missing women’. However, postnatal gender discrimination is also an issue worthy of attention. As a new study published in The Lancet Global Health reveals, it results in the avoidable deaths of 239,000 girls under the age of five every year.

The preference for sons over daughters often means girls get lesser standards of education, nutritional and medical care compared to boys. This manifests in what the study’s authors deem an ‘excess female under-five mortality rate (U5MR)’. Using the 2011 census as a baseline, the study puts this figure at 18.5 excess deaths per 1,000 live births.

“A cluster of high female mortality”

This excess mortality covers more than ninety percent of India’s 640 districts and 29 of its 35 states and union territories. The issue plagues the north of India in particular.

The northern states of Bihar, Madhya Pradesh, Rajasthan, and Uttar Pradesh account for two thirds of the country’s total excess female U5MR. Furthermore, the study adds, more than a tenth of northern districts have an excess female U5MR of more than thirty deaths per 1,000 live births.

The study notes that excess female U5MR does not necessarily correlate with a highly skewed SRB. “The most skewed sex ratios at birth are in western India, from Punjab and Haryana to Gujarat and Maharashtra,” it says. However, “except for Haryana, none of these states has severe excess female under-5 mortality.”

The opposite is true of the northern states mentioned above. There, “the sex ratio at birth…is not particularly skewed.” This is despite this region being, according to the study, a “cluster of high female mortality.”

“Sex-selective abortions and excess female mortality in childhood might stem from the same bias,” the study reasons, “but they are not observed in the same regions.” 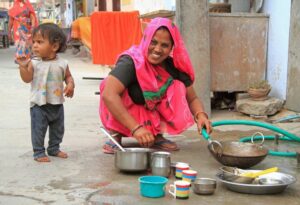 The gender gap in India

The implications of the data are considerable and manifold. The impact is not only felt in India’s skewed gender demographics. It also takes its toll on the country’s broader health indicators.

“Without excess female mortality,” the study says, “the country would have reached the 2015 target of Millennium Development Goal 4, set at 42 deaths per 1000 births.” It further notes that attainment of the Sustainable Development Goals by 2030 will be influenced by the extent to which India acts to narrow the gender gulf on child mortality.

Gender discrimination is an area where India needs to make progress. Its showing in last year’s Global Gender Gap Report was abysmal, especially in terms of women’s health and survival. Of 144 countries, India secured the 141st rank on this indicator. It was ahead only of Azerbaijan, Armenia and China. As Health Issues India wrote at the time, “India’s 652.7 million-strong female population would statistically be healthier if they lived in Pakistan, Burkina Faso, Yemen or Bangladesh.”

The issue of sex selection was one highlighted by the Gender Gap Report. The new Lancet data lends it new emphasis from a different angle which vitally needs to be explored in more depth.

Prenatal gender discrimination is something India is working to address. A ban on sex-selective abortion was introduced in 1994. Despite this, the country’s SRB is falling. Unless progress is made on the issue, the country’s overall sex ratio will fall to 898 females for every thousand males by 2031.

As efforts to eradicate prenatal gender discrimination continue, however, similar efforts must be made for the postnatal period too. The study states the need for “proactive engagement” to resolve the crisis.

This recommendation is aligned with the rhetoric of India’s political leaders. Both Prime Minister Narendra Modi and President Ram Nath Kovind have spoken out against gender discrimination in India. The need is for this to translate into policy targeted at improving health indicators for India’s girls – and the country as a whole.

The Lancet study can be accessed here.