You are here: Home / Access to Healthcare / Government to sell menstrual pads at a third of market price 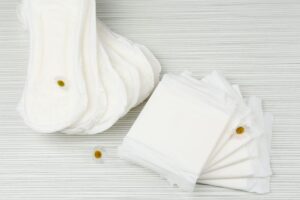 The Indian government will sell its own brand of menstrual pad, for just a third of the market price.

The new sanitary napkins are called ‘Suvidha.’ They will be sold through the Pradhan Mantri Bhartiya Janaushadhi Pariyojana (PMBJP). This is a campaign which aims to bring down out-of-pocket healthcare spending by making affordable medicines available to India’s poor.  The scheme was announced on March 8 – International Women’s Day.

The government expects Suvidha to be available via 3,200 special kendras (stores) by May 28, coinciding with World Hygiene Day. The pads will be available in packs of four, priced at ten rupees. This works out at 2.5 rupees (US$0.04) per pad.

The plan marks a significant government commitment to improving menstrual hygiene in India – an area where the country has been seen to be lacking in recent years.

Just 58 percent of women aged 15 to 24 in India use a modern form of menstrual protection. There is a significant urban-rural divide on this issue, with fewer than half of rural women using hygienic methods compared to 78 percent of women in urban areas.

‘This is one of the most important requirements in ensuring health security of that section of women which still uses unhygienic aids during the menstrual period,’ says Ananth Kumar, the Union Minister for Chemicals and Fertilisers. He attributes the use of unhygienic products to ‘non-affordability of some of the popular brands of sanitary napkins.’

Poor menstrual hygiene can have a number of health complications. It can elevate risks of infections and infertility. The latter is an emerging health concern in India, with infertility rates on the rise.

Previous efforts to improve menstrual hygiene were recently spotlighted in the Bollywood film Pad Man. This recounted the story of Arunachalam Muruganantham, an entrepreneur from Tamil Nadu who invented low-cost machines to make menstrual pads. This significantly cut the cost of production of menstrual pads, allowing Muruganantham to make them available at a third of the commercial price.

The government is planning to sell biodegradable and non-biodegradable pads. Selling biodegradable products could go some way towards addressing the problem of menstrual waste in India. Last year, The Hindustan Times reported that more than a billion disposable sanitary pads are discarded each month into sewage systems, landfill sites and bodies of water. This equals 113,000 tonnes of waste every year.

Entrepreneurs and organisations are already trying to address the issue with innovation. Some are recycling cloth to make menstrual pads to cut down on this waste. Others have experimented with materials such as bamboo and corn fibre. Companies such as EcoFemme sell menstrual pads that are washable so they can be reused.

The government plans to sell non-biodegradable as well as biodegradable menstrual pads, as the main objective of the policy is getting more women to use sanitary products. However, the non-biodegradable products will be slightly more expensive, at 3.5 rupees each.