You are here: Home / Access to Healthcare / Shortages of specialist doctors 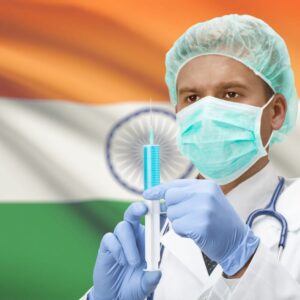 India’s community health centres, where primary healthcare is delivered at the grassroots level,  suffer from an 81 percent shortage of specialist staff, including surgeons, general physicians and paediatricians. These shortages of staff are particularly prevalent in rural environments and may be leading to otherwise preventable deaths.

The findings were part of the 2016 Rural Health Statistics report. The report assesses the manpower within rural health centres, as well as supporting staff working in laboratory settings. Across India’s 5,510 community health centres, the report claims shortfalls of 84 percent for surgeons, 76.7 percent for obstetricians and gynaecologists, 83.2 percent for general physicians and 80.1 percent for paediatricians.

These figures have been compared to prior reports. The findings of the comparison indicate that there has been an improvement in staff numbers since a previous analysis in 2005. There, is, however, a long way to go before staffing levels at community health centres in India can be considered adequate.

Many doctors, speaking anonymously.  have criticised local health authorities for failing to reassess the required staff numbers upon changes to patient burden.

Staff at the Jallianwala Bagh Martyrs Memorial Civil Hospital have claimed that, in recent years, the number of patients has increased considerably. Despite this staff levels have remained the same. The staff have said they feel this has hindered their capacity to provide health services, as resources and attention are more thinly spread.

The hospital delivers around 450 babies every month but it has only three gynaecologists. Doctors have noted that to provide 24 hour service this number should be at least four, as a backup specialist is required should a doctor not be available. Given the current number of deliveries, some doctors have suggested the number of gynaecologists should be raised to six.

A lack of specialist staff such as gynaecologists has been implicated as one of the hindering factors in India’s drive to reduce maternal mortality rates. Despite a decline in the rate of maternal deaths, India still sees five women dying per hour due to complications resulting from childbirth.

The primary cause of many of these deaths is a lack of healthcare infrastructure, often resulting in births unattended by a doctor found a study by The Lancet. Many of these deaths occur in rural areas, where the scarcity of doctors is most severe.

Despite attempts to incentivise work in rural areas for doctors, or even force them as part of their medical degree contract, numbers of medical specialists in rural areas remains limited. Many attribute this to the greater financial incentive of urban areas. Until doctors are lured into rural areas, and infrastructure and facilities improved, rural areas will bear the brunt of medical staff shortages in India, and see far higher numbers of deaths as a result.