You are here: Home / Featured / India and Norway to further healthcare collaboration

India and Norway have signed a letter of intent, promising to expand their cooperation on healthcare. This agreement will place a particular focus on matters such as reproductive,  maternal, newborn, child and adolescent health. 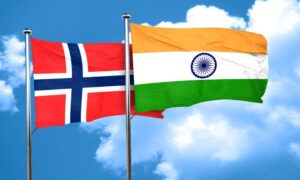 Norway and India have enjoyed collaboration in the healthcare sector since 2006 when Norway began working with India with the goal of reducing infant mortality. The scheme involved the provision of quality child and maternal health services in four high focus states – Bihar, Odisha, Madhya Pradesh and Rajasthan.

The letter of intent signals a future expansion to the Norad programme, under which Norway financially aids India with programmes aimed to reduce infant and maternal mortality. In 2016, donations from Norway amounted to 148.3 million kroner (around Rs 158 crore).

An evaluation of the programme from 2013 found that the cooperation provided healthcare benefits via reducing infant and maternal mortality. In addition, due to infrastructure generated via the project, partners in similar schemes reported an ease of providing services due to existing structures.

Announced on September 28, the letter of intent follows numerous other international healthcare arrangements made between India and other countries.

The talks were reported to be hugely positive, with Kamsvag saying that “the two countries have economic ties from the beginning and it needs to be further strengthened”. He further suggested that Norway was interested in investing in the state of Bihar through partnerships in a number of different sectors.

The letter was signed by Union health secretary CK Mishra and Norwegian Ambassador Nils Ragnar Kamsvag. The initiative will be through the Norway-India Partnership Initiative (NIPI) continuing on for a three years period starting from 2018. The cooperation between the two countries will be aligned with the development goals of India, as stated in its National Health Policy 2017 for the achievement of Sustainable Development Goals according to the Union Health Ministry.

The signing of the letter follows promising talks that occurred earlier this month. During these talks Norway’s Ambassador to India, Nils Ragnar Kamsvag met with Bihar Chief Minister Nitish Kumar and discussed collaboration in the field of health.

Earlier in September, a delegation from Taiwan arrived in India to discuss healthcare matters. The result of the meeting between the two nations was a proposal to share information technology between India and Taiwan. The Indian delegation showed great interest in the Taiwanese healthcare ID system, as technology used within this system could easily be applied to India’s own Aadhaar system.

Yet another healthcare dialogue in September saw US officials visiting India. The relations between the country being referred to as “unimaginable” a decade ago by an Indian diplomat within the US. The delegation offered further support for India-US relations regarding healthcare matters, echoing supporting statements from US President Donald Trump during Prime Minister Narendra Modi’s visit to Washington in June.

The continued pledge to collaborate from Norway is directly beneficial to India through the partnership. It also paints India in a positive light as a country that for over a decade has been an effective collaborative partner, potentially drawing more countries into similar deals with India. This can be seen in the influx of collaborative healthcare deals currently occurring in India