You are here: Home / Government policy / Why is India worst in the world for environmental health? 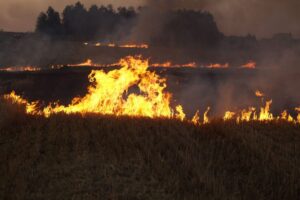 A global index places India 177th place in a list of 180 countries ranked on their environmental performance. Only the Democratic Republic of the Congo, Bangladesh and Burundi place lower.

Poor air quality is ‘the leading environmental threat to public health’ according to the EPI. India’s rank on air quality is far from ideal. It comes in at 178th place – third from the bottom, just ahead of Bangladesh and Nepal.

Pollution is the main driver of India’s poor air quality. Air pollution in India causes 1.1 million deaths every year. Multiple Indian cities are among the most polluted in the world. Gwalior in Madhya Pradesh and Allahabad in Uttar Pradesh are the second and third most polluted respectively. Two other Indian cities – Patna in Bihar and Raipur in Chhattisgarh – also place in the top ten.

The strain of economic growth

The EPI identifies India as a country whose low score ‘[reflects] the strain rapid economic growth imposes on the environment.’ India has industrialised rapidly in recent decades. This has grown the country’s economy. However, it also means Indian emissions of carbon dioxide have increased by 1,041 percent since 1971. This has led to pollution at a considerable cost to public health.

Air pollution in Delhi (the world’s eleventh most polluted city) made global headlines last year as toxicity levels in the atmosphere soared. This caused the Indian Medical Association (IMA) to declare a public health emergency in the national capital.

Air pollution is far from being urban India’s problem alone, however. Those in rural communities suffer roughly equal exposure to fine particulate matter in the air as their urban counterparts. They also shoulder a disproportionate number of the deaths. Seventy-five percent of India’s pollution-related fatalities occur in rural areas.

India’s environmental health crises are not just measured with regards to air pollution and air quality. India’s low ranking also factors in water and sanitation, where it ranked 145. An improvement from its score last year, it is still the lowest score of any of the BRICS countries and one of the lowest of the Indian subcontinent.

The Indian government has introduced several measures to improve sanitation coverage in recent years, most notably the Swachh Bharat (Clean India) initiative. However, the effectiveness of the government’s response is a topic of debate.

A WaterAid report published last year claimed 732 million Indians lack access to a toilet. Whilst that report was justly criticised by the government over claims it used outdated data, the situation remains far from ideal. Almost 60 percent of toilets built under Swachh Bharat are unusable and 40 percent are not connected to a drainage system. On wastewater treatment, India ranks 175.

In heavy metals – the third indicator under environmental health – India secures the 175th rank. This put it ahead of just Sudan, Bangladesh, Pakistan, Haiti and Afghanistan.

Industrial activity can lead to water resources being polluted with harmful contaminants. India’s revered Ganges River is a prominent example of this. Such exposure can be highly hazardous to public wellbeing. There is a range of potential adverse health effects in both the short and long term.

As a case in point, several villages in Punjab are witnessing ‘a steady decline in sperm count, disturbed ovulation cycles, increasing menstrual disorders, sterility, spontaneous abortions, premature births and birth defects’ because of heavy metal toxicity. A number of villagers suffer from heart disease, skin cancer and liver failure. Children are especially vulnerable to health problems due to pollution from heavy metals, including increased rates of mental and neurological conditions such as autism.

‘These are just rankings,’ says environmental minister Harsh Vardhan of the EPI. This may be true. However, the rankings point toward major shortcomings in India’s response to the many environmental challenges it faces. Unless further action is taken, India could see pollution-related deaths each year triple by 2050.

Environmental health threats such as air and water pollution could lead to significantly higher rates of noncommunicable diseases such as cancer, respiratory issues and heart disease. At a time when lifestyle factors are already causing increased rates of NCDs, further strain from environmental factors would massively increase the burden on India’s public health systems.

The full EPI report can be accessed here.