You are here: Home / Diet & Nutrition / Nutrition in India, anaemia and obesity

Shocking figures reveal that 51 percent of Indian women between the ages of 15 and 49 are considered anaemic. In the same age group 22 percent of women are overweight. Could both sets of figures point to unhealthy lifestyle and nutrition choices?

The statistics, revealed in the Global Nutrition Report 2017 establish that India forms a significant portion of the global anaemic population. Globally, 614 million women suffer from anaemia. The condition is endemic in developing nations, where undernourishment is a critical factor in causing the illness. 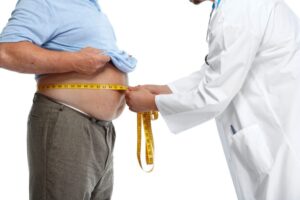 Aside from undernourishment, experts believe that inequality and illiteracy contribute to high rates of anaemia. The disease is more common amongst those from low income backgrounds, which often results in a sub-optimal diet. A lack of an education also plays a role, as knowledge of the disease as well as the dietary factors that play a role will be limited.

India faces issues stemming from both undernutrition and obesity, according to the report.

Aside from anaemia, undernourishment can cause a host of health issues such as stunted growth amongst children. Hunger may also cause children to remain in poverty due to the need to work overriding their education. “A well-nourished child is one-third more likely to escape poverty, learn better in school, be healthier and grow into productive contributors to their economies,” says Jessica Fanzo, Professor of Global Food and Agriculture Policy and Ethics at John Hopkins University.

Ensuring childhood nutrition is a vital component of healthcare. Allowing for a child to be malnourished can cause lifelong conditions that will require years of medical treatments that can cost far more than providing adequate nutrition during childhood.

In India the figures for inadequate childhood nutrition are concerning. Despite government attempts at intervention 38% of children are suffering from stunting and 21% are affected by wasting. Stunting permanently reduces a child’s capacity for growth. Even more detrimental to the child, it also affects brain development. This can prevent a child from achieving a proper education, it can also contribute to mental health problems.

In contrast, obesity levels in India are rising. This is in part due to the increasing prevalence of “western style” lifestyles. Pre-packaged food, takeaways, and sedentary lifestyles all contribute, as does a shift from manual labour jobs to office based work.

Obesity in Indian adults appears to disproportionately affect women, with 22 percent of women found to be obese compared to 16 percent of men. This may be accounted for by traditional Indian values, in which men work and the women remain at home. This would leave many women leading lifestyles with little exercise, leading to higher obesity levels.

India, along with other countries affected by the obesity epidemic, is  unlikely to address the situation according to the report. The estimated chance of meeting global targets for controlling obesity and diabetes are estimated at 1 percent. India needs to establish a plan of action for curbing obesity, or face rising levels of NCDs associated with increased weight.