This year environmental issues have grabbed the headlines in India, from large-scale monsoon floods to the Delhi Smog. A study in The Lancet also found that air pollution kills more people in India than anywhere else in the world.

Health Issues India has had the opportunity to interview Professor Sir Andy Haines, a professor with the London School of Hygiene and Tropical Medicine (LSHYTM), about where the world is going right and where it is going wrong in the fight against climate change – and how these issues and trends apply to India.

Section A: Climate change on the global level

The Paris agreement was a great political triumph, I would say. It showed that when nations work together, they can agree to take some important steps. At the same time, however, it had some major limitations and if we keep to the Paris agreement and the commitments that countries made, we would be heading for around 3 degrees warming from pre-industrial times. The Paris treaty aimed to keep global temperature rises to 2 degrees or 1.5 C if possible, above pre-industrial. Even we implement all the agreements, we’re some way off the target. We need to redouble efforts and build on the success of Paris to achieve deeper cuts in greenhouse gas emissions.

I think public health effects have been neglected, but that is changing. More people are becoming involved in studying this topic in different parts of the world. There is growing awareness of the potential for a multiplicity of effects – ranging from the direct effects from heat, such as deaths and on labour productivity of subsistence farmers. There is the effect on vector-borne diseases, such as dengue, and of course on nutrition, because of declining crop yields in tropical and subtropical climates. These effects can and should play a huge role in motivating policy change – especially from the co-benefits of policies to reduce greenhouse emissions, for example. I think this is a compelling line of argument which is beginning to get traction in most countries, India included.

Section B: Climate change in India

Overall, I think there’s a lot of variation among low and middle-income countries. Some countries really have woken up to the threat of climate, particularly small island states and Bangladesh, where they are witnessing the effects in the immediate term. Others are very much focused on near-term development challenges, with climate change not at the forefront of their priorities. Broadly, however, we are seeing forward movement compared to five or ten years ago and that is a very encouraging sign.

My impression is that recent statements of Prime Minister Modi regarding the Paris agreement and environmental policies are very important. The challenge always is implementation and political leaders have many competing challenges.

There’s a lot of concern about pollution, both outdoor and household, and this would be greatly helped by moving towards a clean, low-carbon economy. At the moment, of course, LPG – which is a cleaner, affordable fossil fuel – as a kind of intermediate technology is a reasonable way to go. In the long run, of course, the aspiration should be towards a completely clean, renewable economy.

Policies to incentivise low-carbon development in Indian cities will play a major role in decarbonising its economy. One aspect of those policies is the need for a better transport system – moving away from the excessive dependence on the private car, incentivising public transport and low-pollution transport and increasing walking and cycling.

The positive effects will be far-reaching. We know that sedentary lifestyles are major causes of ill health. They are causing major problems in India, with growing burden of noncommunicable disease. Getting people to exercise more will help to change the physical health of populations. It shows clearly how transportation policies can have a range of benefits – including reduced air pollution and better physical health.

I have two examples I’d like to give. The first is China, who I think has taken an important lead in introducing and building on the concept of eco-civilisation, which they are making quite an important centrepiece of their policy. It’s about developing a low environmental impact civilisation, which will create higher levels of health and wellbeing but much lower environmental effects in today’s economic pathways. That seems to me to be a very important political statement, which other countries – including India – would do well to acknowledge and interpret in the light of their own culture and political system.

The other example I’d like to give is Brazil, introducing dietary guidelines aiming to improve population health through better diets as well as reducing the environmental footprint of diet. The guidelines may not be followed, but having them there in the public domain is, again, an important political statement that agriculture and food have a significant environmental impact – we can influence the environment in the way that we eat, eating more plant-based food and less animal-based food. We are doing some work on sustainable diets in India, in a project funded by the Wellcome Trust. That work is looking in some detail at the environmental impacts of different diets within India and the implications for sustainability and future demands for food and dietary change.


The major challenge is fuel. Reducing coal burning for industry and electricity generation and solid fuel in households (not necessarily coal, but also wood and biomass), cleaning up domestic energy which the government is doing a lot of work on. The third challenge is transport – there are a lot of old, high-polluting vehicles still on the road India, which the government is acting on, making those strides, which is excellent. What is needed now is consistent vigilance on emerging threats – as vehicles age, for example. A system is needed for fostering and encouraging clean vehicle technology.

Climate change is one of a number of factors which is likely to affect infectious disease in India. The insect vectors which transmit these diseases are sensitive to changes in temperature and rainfall. It’s not only the factor of course – international travel plays an important role in facilitating. Climate change can make it easier for vectors to spread into areas which have not been home to those factors because of climatic limits to their distribution. Climate change can play a role in aggravating the risk, certainly, and must be addressed in conjunction and tandem with those threats. One needs to develop much stronger disease surveillance systems, linked to effective public health systems and raising public awareness.

The first can be mundane including low cost and more efficient air conditioning  There may be other ecosystem approaches, particularly to buffer coastal regions. Mangroves and wetlands as a way of buffering coastal regions in India. Those parts of India would be benefited from those. We have to be mindful of the potential adverse effects – wetlands near cities could help to breed vectors for disease. We have to think widely about how we make human populations more resilient.

Obviously, consumption patterns will have an effect. There is a demand for greater resources with populations rising, particularly in India. If we meet this demand with greater use of fossil fuels, we will make the situation worse. We have to make sure demand is matched by sustainable

In terms of raising awareness, social media is perhaps the most prominent social trend helping us to tackle climate change. Social media provides a great avenue for us to encourage uptake of cleaner energy and sustainable diets and lifestyles. As we’ve seen in a number of cities, there’s a growing trend towards the use of shared bike schemes. These have been amplified by social media and marketing. These are all trends which can be applied to India.

I was a clinical doctor for many years and an academic family physician for a long time, working both in my native UK and overseas. As my career progressed, I became more aware of climate change and my perception would have serious implications for climate change and I started to write about, leading me to more of a research-based career in that field. Since stepping down as director of LSHTM*, I’ve maintained some of my research interests and this is taking off, expanding, beginning to enter the mainstream and reach the forefront of public consciousness as an emerging issue which will affect them and generations to come.

I enjoy mostly collaborating with very able early-career researcher, whom I see as the future of research in this area. I also feel passionate about communicating the findings about planetary health – the link between human and the global health.

In terms of what is least enjoyable, I find it frustrating operating within limited resources. However, that is a treadmill we are all on.

I think it’s the potential that our research can mobilise the very necessary transformation of the global economy into one which is sustainable, low-carbon, mindful of planetary health.

I think it’s the potential that our research can mobilise the very necessary transformation of the global economy into one which is sustainable, low-carbon, mindful of planetary health.

I’m not really sure. Very little surprises people these days, it seems. I was the first one from my family to go to university. Perhaps the fact I’m an enthusiastic cyclist and I commute daily on my bike. In London, that can be quite risky!

Well, my wife would say I’m always working! I do like to exercise – jogging, swimming, running. I find it relaxing and it takes my mind off of the challenges facing our planet. 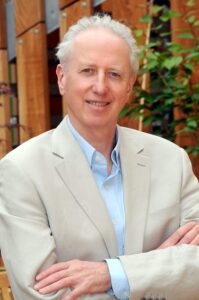 Andy Haines is Professor of Public Health and Primary Care at LSHTM. He was Dean (subsequently Director) of the London School of Hygiene & Tropical Medicine for nearly 10 years until October 2010.He was a family doctor in inner London for many years and formerly Professor of Primary Health Care at UCL. His international experience includes a secondment at WHO Geneva and working in Jamaica, Nepal and the USA. His publications cover topics such as climate change and health, evaluation of complex interventions in primary care and various aspects of global health policy. He has been a member of many national and international committees including the UN Intergovernmental Panel on Climate Change (for the 2nd, 3rd and 5th assessment reports), and the WHO Advisory Committee on Health Research.  He was chair of the Rockefeller Foundation /Lancet Commission on Planetary Health, the international scientific collaboration for the 2009 Lancet series on the ‘Public health benefits of strategies to reduce greenhouse gas emissions’ and the 2007 Lancet series on ‘Energy and Health’. He currently co-chairs the Health Knowledge Action Network Development team for Future Earth and is a member of the Rockefeller Economic Council on Planetary Health, the Leadership Council of the Sustainable Development Solutions Network and the strategic advisory group of the Global Challenges Research Fund. His research interests include climate change and health, sustainable healthy cities and food systems.