You are here: Home / Science and Technology / Odisha trial finds weapon against sepsis 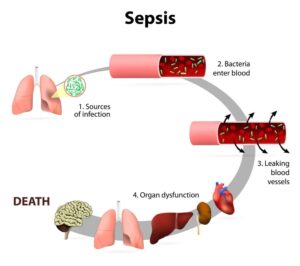 A clinical trial in Odisha has revealed evidence that a cheap and simple treatment could drastically reduce child deaths due to sepsis.

It is now well documented that babies born via caesarean section have an altered gut biome from an early age. This means the initial presence of symbiotic bacteria shows a difference between those born naturally, and those born via caesarean. The reason behind this is that upon vaginal birth, the baby ingests bacteria that will colonise the gut in the first days of life. These natural gut bacteria have been found to reduce the risk of conditions such as obesity and asthma.

The new study has linked the artificial introduction of Lactobacillus plantarum to the gut through the oral preparation to a reduced risk of childhood sepsis and lower respiratory tract infections. The results indicated a 42 percent reduction in the chance of infection. This is a considerable reduction for a treatment that does not involve medication with the chance of side effects, or any kind of intrusive surgery.

4,556 infants were involved in a double blind, placebo controlled trial, involving the seeding of the gut using an oral synbiotic preparation. The trial, conducted by Dr Pinaki Panigrahi, professor of epidemiology and pediatrics at the University of Nebraska Medical Centre’s College of Public Health, took place in Odisha.

An important aspect of the treatment, and one that may be of great benefit to India, is its low cost. The synbiotic treatment costs just $1 per treatment. Considering the benefits it brings the treatment provides considerable value for money. In future the treatment may be commonplace, though it is currently in initial stages of its trials.

Neonatal infection is responsible for 33 percent of all newborn deaths in India, the number of deaths in those under 5 in the country numbers 1.34 million. India holds an alarming statistic, being responsible for 26 percent – more than a quarter – of the world’s neonatal deaths (Higher than expected if neonatal deaths were evenly dispersed, India holding 17.9 percent of the world’s population). Inexpensive means of reducing deaths due to sepsis could provide a cost effective initiative that would make an ideal target of government funding to reduce these statistics.

The Indian Council of Medical Research (ICMR) has shown great interest in the study and has suggested recreating it across six states. Dr Panigrahi has noted that the ICMR intends to use a different probiotic to that used within the study. Panigrahi, however, expresses his enthusiasm for this change, saying that the study is in its initial phases, and a lot of research needs to be conducted on the matter.

The study has wider implications. A healthier gut microbiome has effects on health in the long term. Dr Panigrahi says that the treatment may also be an effective method of addressing stunting (growth defects due to ineffective nutrient absorption), another common health issue in Indian children.

With the wide range of early life conditions this treatment has shown to be, and could potentially, be effective in treating, it is an ideal candidate for research. Though in its initial stages, the synbiotic treatment may well be a common medical intervention in the future, both in India as well as globally.