You are here: Home / Access to Healthcare / The AI revolution and India: can it be done? 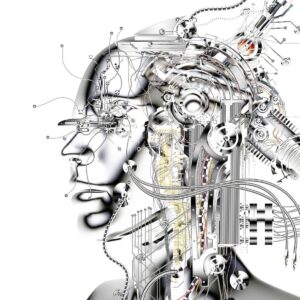 Artificial intelligence (AI) has the potential to revolutionise the world at large. Maybe no area will feel the impact more than healthcare.

In India, access to healthcare is limited and there is an enormous shortage of medical professionals. This is especially true of rural areas. AI could compensate for these deficiencies, capitalising on ground already broken by a number of digital health startups in areas such as telemedicine.

Pitfalls of the Fourth Industrial Revolution

That being said, there are a number of practical challenges facing those who wish to introduce AI to India’s healthcare systems.

India is considered in some quarters to be embracing the so-called Fourth Industrial Revolution. However, there is the glaring issue of digital illiteracy in India’s rural population. Many of these people do not have the access to technology for AI to make any meaningful difference to their lives. In rural areas – which house almost 70 percent of India’s population – just nine percent of people are connected to the internet (despite the rising percentage of the rural population with smartphones.)

What’s more, AI in India at the moment very much seems the prerogative of the private sector.  A paper published by Carnegie India points to countries such as China, South Korea and the United States, where there are “public and private funding models for AI research that India should consider.”

The paper goes on to suggest that the assent of the government is vital for AI research and development. It calls for it to be made “a critical component” of a number of Prime Minister Narendra Modi’s programs such as Make in India and Digital India. These schemes aim to encourage investment and manufacturing in India and improve the country’s online infrastructure to deliver better public services.

The ways in which AI can benefit patients are numerous. The Medical Futurist lists virtual nurses, digital consultations via mobile apps, storing patient records and improved accuracy and precision in clinical diagnoses and treatment plans as just some of the ways AI will “redesign healthcare completely…for the better” in the coming years. Already its potential is being realised across the world.

Many of India’s citizens do not have access to any substantial degree of medical treatment or support. AI has the potential to install lasting changes to healthcare the world over and make improvements that could lend a better quality of life to millions. On this basis alone, it is surely an option worth India’s consideration.