You are here: Home / Featured / Homeopathy: hope or a hoax for India’s ill? 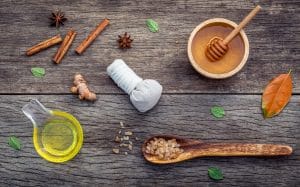 A government ministry is facing criticism for allegedly legitimising homeopathy as a treatment for diabetes.

It seems a little unfair as the ministry in question is specifically charged with promoting “alternative” and traditional medical systems. (The idea may be terrible but it seems harsh to blame officials for doing their job.)

The Wire has published an editorial attacking the Ministry of AYUSH (ayurveda, yoga and naturopathy, unani, siddha and homeopathy) for possibly “[luring] patients of diabetes into a false sense of security.” It says “there is no justification for the Ministry’s…reliance on an invalidated practice.”

The editorial was published after the ministry announced a writing contest inviting holders of Bachelor of Homeopathic Medicine and Science (BHMS) degrees to submit articles on the theme, “diabetic care through homeopathy.” The five shortlisted articles will be published on the ministry’s Facebook page. The successful writers will receive a cash prize, including Rs 20,000 for the winning entry.

The Wire is critical of this initiative – and of homeopathy and the AYUSH ministry as a whole. Accusing the ministry was “endangering the lives of…patients of diabetes” by encouraging them to “divert resources…into securing means of treatment that may not work”, it further asserts, “medical bodies…have classified homeopathy as pseudoscience.” It accuses the ministry of having “never been interested in organising a large-scale critical evaluation of the systems of medicine it stands for.”

Homeopathy is indeed a controversial practice, yet it continues to enjoy popularity in India. Demand for homeopathic treatments has increased over the past twenty years. The Times of India reports that homeopathic doctors more than doubled between 1980 and 2010. This is in conjunction with a fourfold increase in the number of homeopathic hospitals and dispensaries. Homeopathy is believed to be the third most popular mode of medical treatment in the country – although it may not, in fact, be a treatment system at all.

Several global studies have dismissed homeopathy’s efficacy. For example, Australia’s National Health and Medical Research Council (NHMRC) concluded in 2015 “there are no health conditions for which there is reliable evidence that homeopathy is effective.” Last year, the U.S. Federal Trade Commission (FTC) concluded

“Efficacy claims for traditional OTC [over the counter] homeopathic products are only supported by homeopathic theories and homeopathic provings, which are not accepted by most modern medical experts and do not constitute competent and reliable scientific evidence.”

The government in India may be affording the practice of homeopathy unwarranted legitimacy. The very establishment of the AYUSH Ministry – with its stated goal being “to ensure the optimal development and propagation of AYUSH systems of health care” – is indicative of this.

As The Wire points out, this department enjoyed a funding increase of almost 18% in the 2016 Union budget.  This is at a time when healthcare in India subsists on a meagre investment of 1.2% of the country’s GDP and suffers a severe shortage of trained medical professionals. The discrepancy in priorities is staggering.