You are here: Home / Featured / “A black day for Indian science and a sad reflection on our judiciary”

There is a complete halt in any new clinical trials in India, according to today’s Economic Times.  One of India’s most successful biotech businesspeople thinks that it is, “a black day for Indian science and a sad reflection on our judiciary. This is a pure Luddite approach which is killing progress.” (As befits the biotech age,  Kiran Mazumdar-Shaw of Biocon said this in a Tweet, not an interview although she has spoken out in less strident terms before in the press)

This particular stay follows on from a series of rulings and orders after an activist group claimed that a series of abuses had occurred during clinical trials in Madhya Pradesh. There is a good (albeit predictably partial) summary in this Wall Street Journal piece (the quote from Bayer — who have nothing obvious to do with trials but have had continuing patent problems in India — was particularly gratuitous). A rather more complete and helpful summary is in this Biospectrum Asia piece. Government had attempted to formulate new rules and re-start trials in August. The Court has now said that these are unacceptable.

The stay is not related directly to a piece of unresolved litigation on HPV vaccine trials in Andhra Pradesh and Gujarat although the Economic Times makes a link –probably because the lawyer in both cases is Colin Gonsalves of the  Human Rights Law Network (HRLN).

There were real problems in MP but set against the reality of no treatment, trials still probably benefit people.  The HPV vaccine trials were simply clumsy and poorly thought through — most of the alleged “victims” suffered a bewildering array of “harms” months after being vaccinated. The deaths supposedly linked to the vaccine (a vaccine used throughout India’s private sector and across the world, including the USA and European Union) were, in fact, caused by snake bite, drowning or the kinds of suicide so tragically common amongst adolescent girls in rural India.

As the Indian Express noted today, the government has said that it will not approve any trial requests until the Court is satisfied with the systems in place. 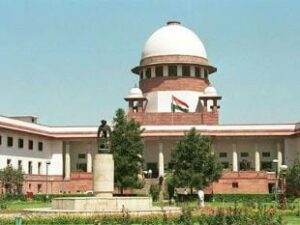