You are here: Home / Featured / Cost of #cancer to Indian families #NCDs

This has been the week to talk about the cost of cancer in India. Responding to the wave of international interest, The Hindu ran a short human interest story on the costs of cancer care on Friday which gave an uncharacteristically obvious mention to the benefits of the Chief Minister’s health insurance programme in Tamil Nadu (even more suspicious given that the story was by-lined by “a special correspondent” and appeared on Independence Day)

A rather trite story in Nature, apparently largely written by an activist press release, tied two patent decisions by Indian officials to global pricing of cancer medicines. One of the complex patent decisions was based on Indian patent law on what innovations can and cannot be patented. In the case of a (now-abandoned) Roche patent, it is because the company had forgotten to file documents on time as the Spicy IP blog explains with rather closer attention to the facts. Neither decision was directly based on price but you wouldn’t know that from reading the story. Nature does, of course, have a point that there is a continuing argument over how to make cancer drugs affordable — it just doesn’t have much to do with the story they were reporting.  They also ignore the inconvenient truth that most cancer drugs are old and cheap (because pharma has done a relatively poor job of innovation in cancer treatment in recent years): the costs come largely from doctors, hospitals and travel to metro centres.

PLOSOne (the free access medical journal) carries a Wellcome Trust-funded article on the impact of cancer care on families in India. The striking finding is that 34% to 42% percent of all spending  by an average cancer-affected household is for out-of-pocket treatment inpatient and outpatient expenses.  Richer families spend a higher percentage of income than poorer families do. Families also sell assets and borrow from relatives. Policymakers will focus on the impact that this may have on family savings and other drivers of growth. However, it is worth noting that the research did not include any new data collection and is based on data from a 2004 government study. Clearly, India is a very different place 10 years on. In 2004, there were hardly any new cancer drugs so it is difficult to draw conclusions about today’s controversy from this research.

The impact on short-term economic participation is less clear as the authors report that, “cancer-affected households have a lower labour force participation rate than matched controls of between 2.4 and 3.2 percentage points. However, workforce participation of members without cancer in cancer-affected households was 0.8 to 1.9 percentage points higher than control households, although the results are statistically indistinguishable from zero.” It is a large, complex and rich study which will be used by many to justify improving public provisions.

The exclusive interview with Harmala Gupta, the founder of CanSupport, on Health Issues India also appeared this week and is fascinating reading. 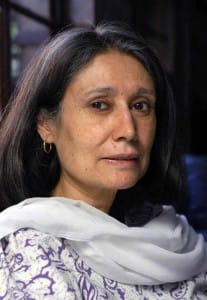