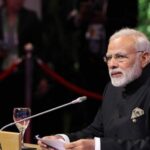 One of the most significant achievements of the Narendra Modi’s government has been the mega healthcare reform ushered in with the launch of flagship healthcare scheme, Pradhan Mantri Jan Aarogya Yojana – better known as Ayushman Bharat, or ‘Modicare’. The ambitious scheme – often touted as the world’s biggest healthcare scheme – aims to provide […]

The Centre’s flagship healthcare scheme – Ayushman Bharat – has faced funding concerns ever since it was announced. A meeting between economists and government officials has done little to allay those fears. Ayushman Bharat – or, to give it its full title, Pradhan Mantri Jan Arogya Yojana (PMJAY) – includes provisions to cover the 100 […]

Ayushman Bharat has reached ten lakh patients since its rollout last year in September, the Centre has announced in the 2019 Budget. The milestone was announced by Union Finance Minister Piyush Goyal as he presented the 2019-20 Budget to Lok Sabha MPs on January 31st. He added that efforts are being made to expand access […]

The BJP government’s large-scale health insurance initiative was rolled out in some states today, to coincide with Independence Day celebrations across the country. Though some anticipated a full-scale launch of the programme, the scheme was not launched nationwide but began a gradual rollout in select states. Full rollout of the scheme is expected on September […] 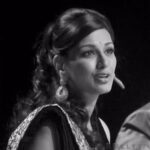 Social media is abuzz with reports of two famous Bollywood actors announcing their diagnosis of cancer. The stories have elicited emotional outburst all across the country and again brought to light India’s tough battle with cancer.  First Irrfan Khan — star of over fifty Bollywood films and numerous international box office hits —  announced in […] 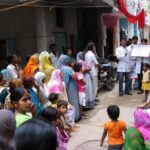 In August 2016, a tribal man in Odisha walked ten kilometres from the hospital where his wife died. He carried her body with him – in the presence, no less, of his twelve-year-old daughter. He was forced to do so because the state hospital could not provide an ambulance.  The incident served as a graphic […] 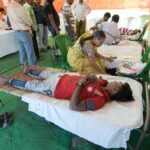 The World Health Organization (WHO) has issued a stark warning about the threat of noncommunicable diseases (NCDs). India should take note. “NCDs and mental disorders currently pose one of the biggest threats to health and development globally,” a WHO high-level independent commission on NCDs said in their report released on Friday, June 1. It added, […]

West Bengal will not participate in Modicare, says Chief Minister Mamata Banerjee. The National Health Protection Scheme (NHPS) has polarised opinion since it was announced in the Budget earlier this year. Its financing has been an area of particular scrutiny, with controversy over the Centre’s plans for states to bear part of the cost. A […]

The 2018 Budget contains the Modi government’s biggest commitment to healthcare to date with the announcement of the National Health Protection Scheme (NHPS). The NHPS – dubbed ‘NaMoCare’ or ‘Modicare’ by the press – is a wholesale effort to extend health coverage to 10 crore (100 million) economically vulnerable households. It is being called ‘the […]