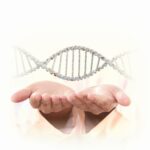 The first study resulting from the GenomeAsia 100K project has revealed that Asia has at least ten distinct genetic ancestral lines, compared to the single genetic lineage found in northern Europe. The results were found from the genomic sequencing of 598 individuals belonging to 55 ethnic groups from India. The project is set to expand […]