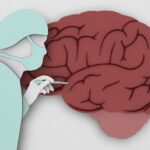 The Imperial College London has announced a coalition with a number of universities across India, fronting a study entitled “Prevention of Epilepsy by Reducing Neonatal Encephalopathy (PREVENT)”. The campaign is cited as the world’s largest study on babies with neonatal encephalopathy and other brain injuries occurring shortly after birth, in an attempt to reduce the […]