For the last year, global attention has been fixated on the mosquito-borne Zika virus. India has had a degree of panic regarding the disease, justifiably so as the strain of mosquito responsible for spreading the virus thrives in the geographical conditions present in India. Despite this the Zika virus has not yet proven to be […]

A controversial investigation on “raising the dead” was proposed earlier this year . The concept behind “ReAnima” was to advance current knowledge about the damage and functional loss following brain death. This knowledge could then be applied to conditions such as coma, minimally conscious states and neurodegenerative conditions such as Alzheimer’s disease. However, the study […]

India may be considered the pharmacy of the world in terms of drug production, but it imports nearly 80% of its medical devices. Barriers to entry being typically lower than other countries and this makes  India a huge market for foreign product sales. Now,  there are  calls for India to begin creating home grown products. […]

The Indian government recently introduced measures to reduce black money, or the accumulated, unaccountable wealth hoarded for reasons such as tax evasion. To this end the old Rs. 500 and Rs. 1000 notes have been declared to no longer be legal tender. The sudden implementation of this strategy has been called into question, the aftermath […] 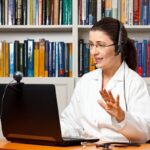 Health Issues India has written at length about the many inadequacies of India’s healthcare system. They are perhaps most aptly summarised by Forbes, writing “In India, public health care is free, yet years of under-investment in public health means that facilities are also grossly understaffed and under-equipped. The country also has a massive resource gap […] 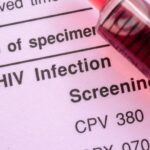 The HIV and AIDS (Prevention and Control) bill, tabled in 2014 in the Rajya Sabha regarding the rights of those testing positive for HIV is due to be introduced during the ongoing winter session this year. Approved by the cabinet last month, this bill aims to end discrimination against the estimated 2.1 million citizens living with […] 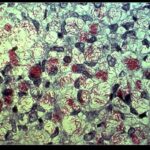 In recent months, researchers in India have made strides towards developing mycobacterium indicus pranii (MIP) – the world’s first leprosy vaccine. The vaccine was developed by founder-director of the National Institute of Immunology (NII) Professor Gursaran Prasad Talwar and has been approved by the Drug Controller General of India (DCGI). It has been suggested that […] 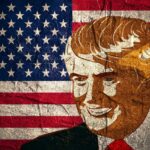 The unexpected victory of Donald Trump in the U.S. presidential election has sent shockwaves reverberating throughout the world – but it has been suggested by some that his win is good news for Indian drugmakers. The President elect’s rhetoric on the campaign trail was often inflammatory and controversial. It included blaming India and China for […]

Would you want to be treated by a doctor who wasn’t qualified? Most, if not all, people would surely respond ‘no.’ Doctors have a considerable degree of power over their patients. To vest this power in somebody with no formal medical training would be a hugely alarming prospect for the majority of people. And yet, […]