On the 19th of November 2015, UN Secretary General Mr Ban Ki-moon announced the formation of a High Level Panel on Access to Medicines to examine issues surrounding global access to medicines.

The Panel is jointly chaired by Mrs. Ruth Dreifuss, former President of Switzerland and Mr. Festus Gontebanye Mogae, the former president of Botswana. The Panel is composed of an international group of 16 individuals ranging from former heads of states, activists, high ranking officials and industrialists, supported by the UNDP in close collaboration with the UNAIDS as secretariat.Expected to report in June 2016, the Panel will consider evidence from 177 submissions from organisations as diverse as the WHO, international pharmaceutical companies and patient activist groups. The Panel also hosted two Global Dialogue meetings, one in London and the other in Johannesburg to review and assess submissions to the Panel.

The Panel will seek to develop new approaches, models, relationships and protocols to increase access to medicines. The Panel supports the 3rd Sustainable Development Goal, which aims to guarantee healthy lives and promote the wellbeing of all by the year 2030. 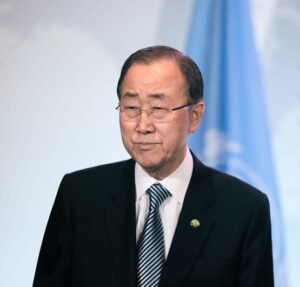 Scope of the United Nations panel

Following the breakdown of the World Trade Organisation’s Doha Round on development financing in 2008, several attempts have been made to renew contact and overcome disagreements between influential nations to support constructive trade negotiations. The UN High Level Panel is therefore a major step towards renewing dialogue among world leaders by framing new proposals and approaches and laying the foundations for future agreement by making recommendations based on its wide ranging submissions to manage issues surrounding pharmaceutical patents and products in the future.

In line with the 2030 Agenda for Sustainable Development, the UN High Level Panel will focus on conflicts between intellectual properties, the right of the inventor and international law, trade rules and human rights law, in the context of health and technology in order to encourage access to medicines, vaccines and various technologies including diagnostic methods. Since 1996 the World Health Organization first raised the concern over potential conflict between intellectual property rights and access to health, efforts have mainly focused on middle income and low income countries. However, the scope of the UN High Level Panel is purposefully global and also aims to address the issues of access and affordability in high income countries.

The UN High Level Panel is expected to report back in June 2016. The Secretary-General will first make the report available to the General Assembly. When the report is available it will be available here.