Advocating for greater access to medicines is an essential activity. It promotes health equity, serves the global health community and challenges the industry to do more. When the industry responds with innovative and pragmatic solutions to some of the more intractable issues surrounding access these need need to be recognised. In a recent review of patent applications for Sovaldi, Gilead’s new antiviral for the treatment of hepatitis C, the problems of access are well rehearsed, but the steps taken towards a solution are ignored. Gilead’s approach with Sovaldi is a story not of access denied, but access extended. 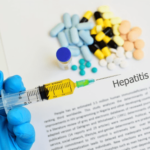 Early in 2015, the Indian Patent Office rejected Gilead’s patent application for Sovaldi (sofosbuvir), an antiviral for the treatment of hepatitis C, on the grounds that it was not a significant improvement compared with an earlier compound developed by another company.In May, Dr. Rajesh Dixit, Deputy Controller of Patents & Designs, overruled that decision, saying that the Gilead compound was “novel and inventive”. Advocacy groups who’d supported the earlier action to reject the patent application were dismayed and angry, suggesting that the Indian government was responding to U.S. pressure to bolster protection of intellectual property.
A comment piece in The Lancet by Ellen t’Hoen reviews the Sovaldi decision, and by so doing illustrates the bind that the pharma industry finds itself in when trying to improve access to medicines in poorer countries.t’Hoen points out that Gilead has licensed out Sovaldi to generic manufacturers to cover 100 low- and middle-income countries, allowing those countries to get the medicine at a very low price. However, she then says that the licensing agreement “prohibits the generic companies from supplying these drugs to a number of middle-income countries with a high burden of HCV disease”. Instead it is suggested that these countries should use compulsory licences to access Sovaldi at the same cost as poorer ones.

This ignores the existence of by far the biggest hepatitis C treatment programme in the world. In this programme, Gilead is supplying Sovaldi to the Egyptian government at a cost of $900 per course of treatment – only about $400 more than the cost of generic sofosbuvir in India. Clearly Gilead is prepared to discount deeply if there is a large volume of patients available – Egypt has the highest prevalence of hepatitis C in the world, with 14.7 percent of the population infected. The government’s goal is to use this treatment programme to get that figure below two percent.  Is it not fair that a middle-income country such as Egypt should pay a little more than than a low-income one?

NICE, the UK pricing authority, has said that Sovaldi,at its current official UK price of ~£40,000 for a course, which is likely to be discounted, is cost-effective. Sovaldi will, according to NICE analysis, save the UK NHS tens of thousands of pounds in long-term health costs associated with management of cirrhosis and liver transplants. However t’Hoen criticises the pricing of Sovaldi in high-income countries, without mentioning NICE, or any other cost effectiveness analysis at all.
Gilead have made constructive moves, both through discounting and licensing, to deliver greater access to an important life-saving drug worldwide. While continuing to advocate for access is an essential activity and one that serves the global health community,  innovative and pragmatic moves by the industry to solve some of the more intractable issues surrounding access must also be recognised by commentators. Sovaldi is not a story of access denied but access extended. For how much longer will the industry be damned if it does try and improve access, and damned if it doesn’t?

James Snodgrass is a consultant working with Hyderus and Baird’s CMC. He has more  than twenty years experience in health and development with expertise in health policy research and development, global product positioning, communications planning, stakeholder and donor relationships, demand forecasting, and advocacy.