Following the success of central state procurement and distribution of medicines in Tamil Nadu, the state government of Rajasthan launched the Mukhya Mantri Nishulk Dava Yojana (MMNDY) on October 2, 2011. 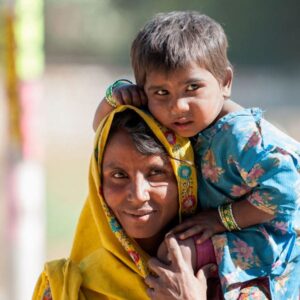 Following the success of central state procurement and distribution of medicines in Tamil Nadu, the state government of Rajasthan launched the Mukhya Mantri Nishulk Dava Yojana (MMNDY) on October 2, 2011.The MMNDY initiative was an effort to reduce individual’s out of pocket expenses for healthcare and to overcome some of the barriers that stand in the way of access to medicines. The state’s initiative was due largely to the sustained advocacy efforts of Prayas, a grassroots public interest advocacy group, who had previous experience of implementing a similar project for generic medicines in the Chittorgarh district of Rajasthan in 2009[1].

The state’s primary objectives of the MMNDY initiative were to:

When first introduced, the MMNDY initiative allowed any citizen of the state, irrespective of income, location, gender, caste, or religion to have access to free generic medicines from all government hospitals and healthcare institutions throughout the state. 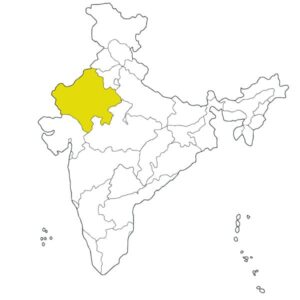 A key component of the initiative was the establishment of an autonomous centralised procurement agency by the Rajasthan Medical Services Corporation (RMSC), in the state capital Jaipur[2]. The RMSC was responsible for transparent procurement of all health products and supplied medicines to all government health institutions through district drug warehouses that were established in all the districts of the state. The RMSC was set up as a registered company with a board of 13 members, chaired by the Principal Secretary of Health. The RMSC’s decision making process is supported by a 17 member Technical Advisory Committee (TAC) that oversees technical issues relating to procurement and maintenance of medical devices, and a Purchase Committee that approves the rates of medicines, sutures, medical equipment and instruments. There are various ‘cells’ (sections) in the RMSC that cover different functions such as procurement, supplies, logistics, quality control, finance, information technology, equipment procurement and complaints. The RMSC has developed its own list of essential medicines based on the national and WHO lists of essential medicines, but modified for the specific needs of the population of Rajasthan. Stock levels of medicines are maintained using on past consumption pattern in state health facilities. Medicines are ordered twice a year and at any given time RMSC has four months of physical stocks in the warehouse and two months in the pipeline.

In an evaluation jointly conducted by the WHO Country Office for India, the Public Health Foundation of India and Prayas, in 2015 showed that on an average 70, 67 and 85 percent of all essential drugs were available at primary, community and district health centres and hospitals respectively[3]. The study also found an average of just 12 days for stock out days across the state, which is low for developing country standards and none of the health facilities had stock outs of more than 30 days.

From top down to bottom up

Before the RMSC was set up, procurement of medicines was done by procurement officials in the Medical and Health Department. Purchase orders were given by various department heads and purchase officers based at different levels of health facilities. The total cost incurred in this process was higher as different institutes were purchasing smaller quantities of the medicine from different suppliers. The process was top down and led to many complaints including shortages due to inaccurate quantification, wastage due to expiration of out of date stock, delays in tender decisions, and payment delays.

After the setting up of the RMSC, competitive bidding was introduced. The RMSC follows a two-bid transparent tendering process that invites suppliers to submit separate technical and financial bids. The RMSC procures generic versions of cancer medicines such as Imatinib for blood cancer patients. The centralised procurement of medicines and competitive tendering ensures purchasing at low rates which allows the state government to purchase and supply more medicines. 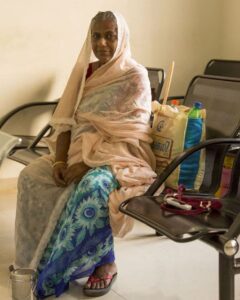 To ensure efficacy of generic medicines a three step quality checking system has been adopted. Drugs are checked at procurement level, at supply level and when they are issued to sub stores by government approved laboratories themselves appointed through an open tender process.

While orders for supply are issued centrally by the RMSC, the supplies are received at district drug warehouses and transferred to sub stores in the various primary, community and district health facilities. Before the initiative the medicines were put on floors and were not stored and managed with reference to their expiry dates. To avoid deterioration of medicines and to ensure that there is adequate storage space for medicines the existing District Drug Warehouses were provided with additional storage capacity of approximately 3000 sq. ft area and furnished with necessary equipment and infrastructure. Local drug dispensing centers at the health facilities were also upgraded through the scheme. Each was provided with shelves, racks, a refrigerator, a computer and stationery. Additionally, each centre was staffed with a pharmacist and an information assistant. 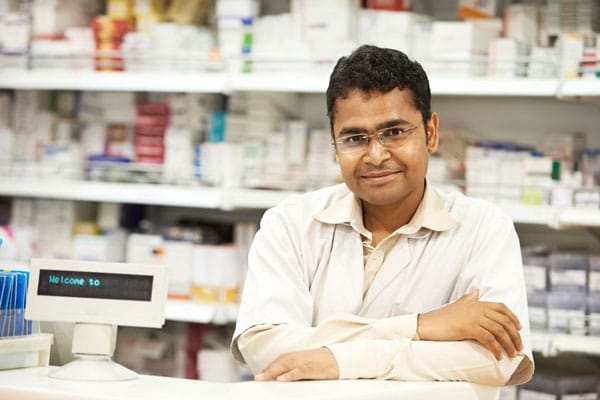 A passbook system has been created to maintain a record of medicines issued to a particular facility against the allocated budget. Two copies of the passbook are maintained – one at the district drug warehouse and the second by the respective health facility. The authorised person from the healthcare facility collects the medicines from the district drug warehouse on pre-decided calendar days and entries of the budget against the issued medicines are registered in the passbooks. This helps in checking the demand and supply of medicines, and tracking the budget of the healthcare facility.

The supply chain management of the stock of various drugs, sutures, and surgical items at the district drug warehouses is managed by a web based application called e-aushadhi. Every warehouse and public health facility RMSC supplies medicines to is connected through this application. Online ordering is followed until the primary health center level.

Alongside these changes to the procurement system, awareness programmes were conducted for patients to inform them that generic medicines are of the same quality as branded medicines. Doctors were also sensitised on the usage of Essential Drug List and the state treatment guidelines.

A 2012 survey guided by Prayas in urban and rural Jaipur, 18 months after the initiative was launched, showed an increase in the number of patients using the health facilities surveyed. The time taken to get medicines was reduced. Another assessment conducted in 2013 by the Public Health Foundation of India also showed that the combined number of outpatient and inpatient visits experienced a rapid increase from 3.44 million in July 2010, to 7.77 million in July 2013[4].

Cutting the cost of good health

The PHFI survey found good coverage for the initiative and over 600 essential drugs procured and dispensed.The out of pocket expenditures for health and medicines in the state had declined from 85 percent in 2004–2005, to nearly 75 percent in 2011–2012. Furthermore, poverty caused by out of pocket expenditure on medicines was reduced from 3.2 to 2.1 percent. All the 34 districts were found to have well-functioning district warehouses linked to health facilities and the procurement agency. Fewer shortages and stock-outs were reported.

The initiative has led to an increase in access to medicines and healthcare, but it is not without issues. Patient feedback suggests that while patients were able to get the cheaper drugs easily at the public health facilities, they need to buy the more expensive drugs, such as specific antibiotics, from outside, leading to additional expense. Sometimes patients did not get all the medicines on the same day and were asked to come back the next day. Migrant workers or those without an Aadhar Card (multipurpose national identity card) were unable to benefit from the initiative.

It needs to be backed by a strengthened infrastructure and adequate health workforce. There are concerns for the sustainability of the scheme, as the new government has already reduced the scope of the initiative, restricting free medicines to those already qualifying for the state’s food security scheme[5]. The list of medicines provided has also fallen. In many healthcare facilities only the basic medicines are available while the rest of the drugs need to be purchased from outside. Further recent changes include making the initiative only be available in outpatient departments. For inpatient department patients the government plans to launch an insurance initiative to cover treatment costs in the range of INR 30,000 (USD 449), to three lakh (USD 4491)[6]. Observers such as Prayas are concerned that the health insurance would be misused by hospitals and insurance companies, which could lead to over prescription and unnecessary hospitalisation.

Rajasthan’s free medicine initiative suggests that even in a state with weak health care infrastructure and difficult terrain, access to medicines can be sufficiently improved with the right mix of technical skills, political will, funding and support. With recent political changes it can only be hoped that this significant and important scheme will continue to be supported by state government so the health gains it will promote can be sustained. Anushree Mishra is a freelance development professional with over twenty years in the field of Public Health and development. She is based in New Delhi, India.

A study of the implementation in Japur District of the MMNDY of Rajasthan, PUCL, Interns guided by PRAYAS; May 2012, Retrieved June 18, 2016, from http://www.pucl.org/Topics/Industries­envirn­resettlement/2012/dawa_yojana.pdf

Universal Access to Medicines in India­ A Baseline Evaluation of the Rajasthan Free Medicines Scheme. (n.d.). Retrieved June 18, 2016, from http://www.searo.who.int/india/publications/rajasthan_UHC_report/en/