You are here: Home / Infectious diseases / Oxford COVID-19 vaccine to be available in India in the first half of 2021 as questions over administration arise 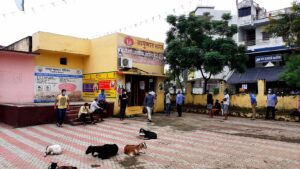 Oxford-AstraZeneca’s COVID-19 vaccine will be made available in India as early as the first half of 2021, according to AstraZeneca’s Country President for India Gagandeep Singh.

Speaking at the 93rd annual convention of the Federation of Indian Chambers of Commerce & Industry, Singh offered a timely update providing hope that there may be success in reining in the world’s second-worst outbreak, which has inflicted deep economic damage with the rollout of the vaccine.

“We started working in April with Oxford University and currently we are hoping to get emergency use authorisation approved and that can potentially mean that we could have something which is available as early as the first half of 2021,” Singh said.

“Due to the viral vector platform used to produce our vaccine, it can be manufactured on a relatively large scale and we are fortunate to partner with Serum, which has one of the largest manufacturing capacities,” Singh said.

In partnering with Serum Institute of India (SII), Oxford University and AstraZeneca have aligned themselves with the world’s largest vaccine manufacturer, and one which says it will prioritise India and COVAX countries which are mainly based in Africa.

Adar Poonawalla, Chief Executive Officer of the SII, has also said the firm is in active discussions with the Indian government on pricing and distribution of potential COVID-19 vaccines with the country at the centre of a global campaign.

The challenge for India then becomes one of administrative methods and how to best distribute the vaccine across a nation with an estimated population of 1.3 billion people.

This is only further magnified by fears of unequal access, given the enormous wealth disparities across India’s cities and vast hinterlands, a concern that has been aired by public health experts already.

To make mass roll out achievable, India will rely on its national immunisation network, which currently targets 26.7 million newborns and 29 million pregnant women every year, according to Rajesh Bhushan, Secretary to the Federal Health Ministry. Experts believe that the system will need to be significantly built up with help from private players to meet India’s needs.

At present, these private players and India’s network of private hospitals are readying themselves for the mass inoculation efforts needed with front-running developers of vaccines applying for emergency authorisation.

Apollo Hospitals private chain has so far trained 6,000 staff to give out jabs across its network of 71 hospitals, hundreds of clinics and thousands of pharmacies, according to Managing Director Suneeta Reddy.

“We need to know if the government wants to handle the whole thing or allow the private sector to do it,” Reddy said on the challenge. “The issue here is how can we double the amount of people that can be vaccinated.”

How and if India decides to work with its large network of private hospitals on vaccine distribution could be crucial to any success. Nonetheless, Reddy still believes that the government could do it “but it will take time.”