You are here: Home / Noncommunicable diseases / Alzheimer’s disease: The view from India 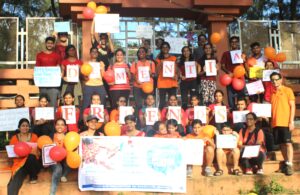 Alzheimer’s disease is a significant public health crisis in India, one which afflicts millions.

Alzheimer’s disease is one of the most common forms of dementia, “a syndrome in which there is deterioration in memory, thinking, behaviour and the ability to perform everyday activities” as explained by the World Health Organization (WHO). The WHO notes that approximately fifty million individuals worldwide may be affected by dementia, with ten million new cases diagnosed annually.

Alzheimer’s Disease International explains that “Alzheimer’s disease…accounts for “fifty percent to 75 percent] of all cases [of dementia]. It destroys brain cells and nerves disrupting the transmitters which carry messages in the brain, particularly those responsible for storing memories…during the course of Alzheimer’s disease, nerve cells die in particular regions of the brain. The brain shrinks as gaps develop in the temporal lobe and hippocampus, which are responsible for storing and retrieving new information.

“This in turn affects people’s ability to remember, speak, think and make decisions. The production of certain chemicals in the brain, such as acetylcholine is also affected. It is not known what causes nerve cells to die but there are characteristic appearances of the brain after death. In particular, ‘tangles’ and ‘plaques’ made from protein fragments are observed under the microscope in damaged areas of [the] brain. This confirms the diagnosis of Alzheimer’s disease.”

According to the Alzheimer’s Association, “in India, more than four million people have some form of dementia.” By 2030, the number is projected to rise to 7.6 million.

Alzheimer’s disease is a condition for which the risk is increased with age. India is home to an ageing population – a statistic that is a double-edged sword. On the one hand, it is undoubtedly good that life expectancy is increasing thanks to advances in medical technology, healthcare, diagnostics, and treatments. On the other hand, it means that rates of conditions such as Alzheimer’s disease have increased – necessitating awareness and support for both patients and their loved ones.

“We had done a study on the care arrangements for people with dementia and it revealed that due to stigma and lack of awareness more than ninety percent of the people with dementia in India do not even get a diagnosis and deal with the condition without a clue, and this adversely affects the life of the person with dementia as well as the caregivers. Yes our strength is that people with dementia are still looked after by their families, but with the family structure breaking down, people are finding it difficult to cope and this often leads to abuse and a tremendous amount of caregiver burnout.”

Dr Dias co-authored a study published in The Lancet earlier this year, which estimated that forty percent of dementia cases can be prevented “through,” as Parry explained, “a number of changes to both government policy and to individual behaviour.” For India, whose elderly population is increasing in number rapidly, preventative steps addressing Alzheimer’s disease are vital. The country witnessed its elderly population increase from seventy million to 104 million over the course of a decade (2001-11).

World Alzheimer’s Day is a vital reminder of the scourge that Alzheimer’s disease and dementia as a whole is upon healthcare systems, communities, families, and individuals. During the COVID-19 pandemic, other health issues are routinely sidelined in the media and in healthcare delivery systems – to the detriment of patient care and, of course, patients themselves.

Taking onboard the advice of experts such as Dr Dias and the other contributors to the aforereferenced Lancet report is a moral imperative for governments. Alzheimer’s disease is a public health issue that is both broad and intimate in scope. Without action, it can only portend to worsen.